HBO to Get "Bored to Death" 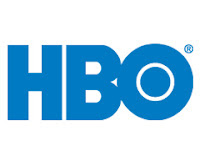 Hopefully we won't be bored to tears when HBO develops half-hour comedy Bored to Death.

The project, from novelist Jonathan Ames (who wrote "I Pass Like Night," "The Extra Man," and one of my personal favorites, the Wodehouse-inspired "Wake Up, Sir!), revolves around a writer who tries to get over a painful split with his girlfriend by following his dream to live his life as a character from a Raymond Chandler novel and becomes an inexperiences private investigator.

Lest you think Bored to Death will be some pay cable version of, say, Andy Barker P.I., think again: Ames is a master at subverting genre forms and I think this will be one project to keep an eye on. Project, from 3 Arts Entertainment has received a cast-contingent pilot order and casting is said to already be under way. Ames, who will write the pilot script, will also executive produce, along with Sarah Condon, David Becky, and Stephanie Davis.

HBO, under new president Sue Naegle (formerly of United Talent Agency) is definitely on a roll these days, reinvigorating the development process at the pay cabler and signing deals on several projects, including Hung from The Riches creator Dmitry Lipkin, a US adaptation of British women-in-prison series Bad Girls (previously set up at FX) with Alan Ball (Six Feet Under) on board to produce.