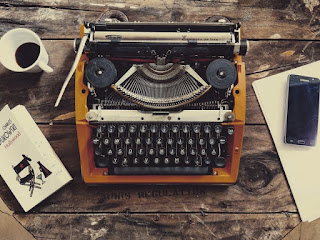 Back in 2006, I founded a television blog called Televisionary (the very one you're reading now).

At the time, it was a little side-project that I stared while working in television development: something to do during the off-hours or (my infrequent) down-time or at my desk during my lunch breaks.

Over the next few years, Televisionary morphed into a full-time job as I watched almost everything on television and cataloged my thoughts, penning reviews, conducting interviews with talent, breaking news, and aggregating the day’s entertainment news headlines and major listings every morning. It got noticed by Entertainment Weekly and The New York Times, The Chicago Tribune and CNN, Deadline and Variety.

Televisionary took on a life of its own. It became discussed in Hollywood and I was always surprised to discover that actors or producers or executives who read my TV blog. It was a secret at first, one that I eventually shared with a few friends before spreading outwards, thanks to the advent of social media.

Eventually, Televisionary led me to opportunities with The Los Angeles Times and then The Daily Beast (and a bit later into a joint venture with Newsweek) — where I would serve as television critic and later West Coast Deputy Bureau Chief — and eventually to BuzzFeed, where my title was Entertainment Editorial Director.

Fifteen years ago (!), I had no idea where this blog would take me or the adventures that I would have along the way. The simple act of sitting in front of a computer screen and writing down my thoughts about television led me to some amazing interviews and opportunities. But it all started with an idea.