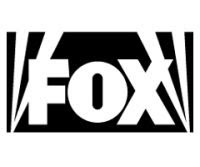 Mitch Hurwitz is returning to television, but sadly not with a surprise return to the much-missed Bluths of Arrested Development. (Damn!)

The Arrested Development creator is adapting live-action 2001 Aussie comedy Sit Down, Shut Up as an animated series at FOX.
Sit Down, Shut Up, from Sony Pictures Television, Granada USA and Tantamount (the production company Hurwitz operates with Kim and Eric Tannenbaum), will revolve around a group of high school staff members in a small fishing town as their egos and problems compete with the children they are meant to be teaching.

Hurwitz, who co-wrote last season's comedy pilot The Thick of It at ABC, will write and executive produce the project. FOX has ordered casting for a table read on the pilot script and will make a decision about whether to greenlight a pilot based on the outcome.

It's another in a long line of efforts from FOX to find its next animated franchise which it can pair with The Simpsons or Family Guy. (FOX is also developing a Family Guy spin-off series entitled Cleveland and an animated adaptation of its old live action series, The Pitts, among others.)

As for why Hurwitz would work at FOX after the shabby way they treated Arrested Development (unceremoniously axed after airing its final four episodes in a row on a Friday evening), this is show business, after all, and FOX is under new, visionary management by Kevin Reilly, who has put together an impressive and interesting slate of development this year.

Anonymous said…
Wasnt his the thick of it Adaption picked up by showtime?
3/12/2008

Nope. The Thick of It never got past the piloting stage last year. After ABC passed on the pilot, Sony attempted to shop it elsewhere but it was not set up at Showtime or anywhere else, to my knowledge.
3/12/2008

Danielle C.F. Maris said…
Could be good but what is with all the Australian remakes suddenly? Did we finally rip off all of the British shows and need to mine another country's creativity?
3/12/2008