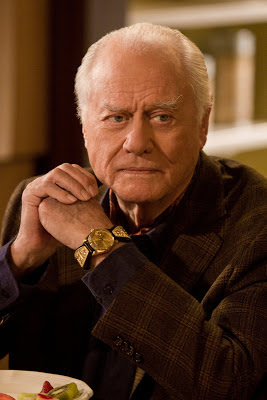 At The Daily Beast, you can read my latest feature, "Dallas Loses Its Schemer," in which I offer an obituary and appreciation for the late Dallas actor Larry Hagman, who passed away on Friday at the age of 81.

Hagman’s career spanned over 60 years, and included not only Dallas and its revival series, which launched earlier this year on TNT, but also the seminal 1960s comedy series I Dream of Jeannie, where he played Major Anthony “Tony” Nelson opposite Barbara Eden’s titular character. Hagman had, according to The Hollywood Reporter, filmed six of the new Dallas’s 15 episodes at the time of his death, with the second season scheduled to start on January 28. How the show will incorporate Hagman’s death remains to be seen.

“All of us at TNT are deeply saddened at the news of Larry Hagman’s passing,” said cable network TNT in a prepared statement. “He was a wonderful human being and an extremely gifted actor. We will be forever thankful that a whole new generation of people got to know and appreciate Larry through his performance as J.R. Ewing. Our thoughts and prayers are with his family at this very difficult time.”

Hagman was born in Fort Worth, Texas in 1931. His mother, Mary Martin, would go on to become a renowned Broadway actress and his father was an accountant and a district attorney; the two divorced when Hagman was five years old. Hagman served in the United States Air Force during the Korean War and entertained troops in the U.K. and Europe during the conflict, and opted to follow in his mother’s footsteps with a career in acting once he returned to the U.S.

Roles on the stage segued into television work, with his first on-screen appearance coming in 1956 in syndicated cop drama Decoy; he later joined the cast of CBS mystery soap opera The Edge of Night, where he stayed on board for two seasons. But it was his role nine years later on I Dream of Jeannie that established his meteoric career trajectory, with CBS primetime soap Dallas arriving in 1977. And with that role—as manipulative oil scion J.R. Ewing—Hagman further entered the cultural lexicon. He also appeared in such films as Primary Colors, Nixon, and JFK.

Hagman leaves a lasting legacy, not just among Dallas’s devoted viewers in the 1980s, but among a younger generation that discovered J.R. and the Ewings thanks to TNT’s revival series, which picked up with the Ewing clan 20 years after the end of the series. A schemer and a dreamer, Hagman’s J.R. was known for his devilish eyebrows and for his manipulative streak, as well as for amassing both wealth and enemies in equal measure.