BuzzFeed: "Why Season 5 Of Parenthood Is The Perfect Jumping On Point" 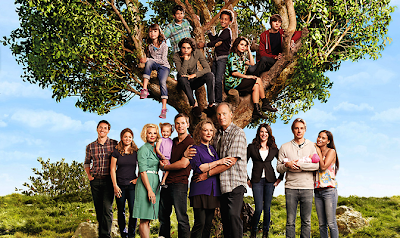 The season opener of NBC’s 300-hanky drama is everything you want it to be: joyful, uplifting, and emotional. But, for those of you who have missed out on television’s most underrated show, this episode offers the perfect opportunity to get hooked. Warning: SPOILERS AHEAD.

At BuzzFeed, you can read my latest feature, "Why Season 5 Of Parenthood Is The Perfect Jumping On Point," in which I review the fifth season opener of NBC's Parenthood, which will satisfy longtime fans of this remarkable show while also providing the perfect access point for new viewers.

It’s no surprise that the fifth season opener of Parenthood — which airs Thursday, September 26 on NBC — generates some tears. Parenthood, overseen by Jason Katims (Friday Night Lights) and revolving around the sprawling Braverman clan of Berkeley, California, is now virtually synonymous with emotional catharsis, after all.

As I stand on the precipice of my own impending parenthood, it’s the show that compels me to confront my own feelings on a weekly basis, realistically and perfectly capturing the highs and lows of American familial life, rendering each moment, whether it be the heartbreak of first love or the familiarity of old lovers, as something tenuous and all-too-brief.

In fact, if you haven’t been watching Parenthood, however, you’ve missed out on some of the very best writing and acting on television today, a true ensemble of adults and children who imbue their characters with such nuance that it’s often difficult to remember that the Bravermans aren’t real people with real lives. In an era of Scandal, Game of Thrones, and Homeland — collectively, Big Twist Television — the subtlety of this emotionally resonant drama is too often overlooked in favor of more overtly dramatic fare. Which is a mistake: Parenthood might be subtle but it’s also brutal, packing an emotional wallop in each installment that has millions of people reaching for the Kleenex, whether it’s a beautifully wrought moment of nostalgia, pain, or beatific joy.