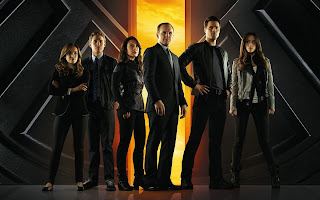 The Marvel espionage drama bares a lot of similarities to the early run of Fox’s now-departed Fringe — and not necessarily in good ways.

At BuzzFeed, you can read my latest feature, "What’s Wrong With ABC’s Agents Of S.H.I.E.L.D.?” in which I ponder just what's wrong with ABC's Agents of S.H.I.E.L.D. and why the show is failing to deliver on the promise of its concept.

After what I thought was an enjoyable pilot episode (save for that unfortunate opening sequence), I’ve found the subsequent episodes of ABC’s Agents of S.H.I.E.L.D., the television spinoff from Marvel’s cinematic universe, to be rather lackluster.

That shouldn’t be the case, particularly given the participation of the Whedons behind the scenes and the fact that the show’s writers have an entire universe of pre-existing Marvel material from which to draw inspiration. Yet, for the most part, these first few episodes have bordered on being depressingly dull, static installments that haven’t advanced the character development or loaded in an overarching plot or mythology that could amp up the tension a bit.

Tuesday’s episode (“Eye Spy”) was a step in the right direction, centering on a cybernetically enhanced former S.H.I.E.L.D. agent coerced into committing high-stakes crimes for her unseen puppet master. But the plot itself reminded me a little too much of Fox’s Fringe, another series about a makeshift team investigating rogue scientists and the seemingly inexplicable and mysterious occurrences unfolding in an otherwise grounded world. Everything about this episode — from the red masked couriers in the opening sequence to the tease of a larger pattern of illicit scientific behavior — screamed Fringe, in fact. (Interestingly, former Fringe writer Monica Owusu-Breen is on the writing staff for Agents of S.H.I.E.L.D..)

But, like Fringe before it, Agents of S.H.I.E.L.D. is plagued with some of the same issues the Fox drama faced in its early episodes. Despite the fact that we’re only four episodes into the show, there hasn’t been enough character development at work; the agents are largely still the same archetypes they were when the series began, and the audience has little knowledge of them besides for their names. (I still can’t keep Fitz and Simmons straight, which is saying something, especially since they’re different genders.)