BuzzFeed: "Twin Peaks Is 24 Years Old And It Still Haunts Your Dreams" 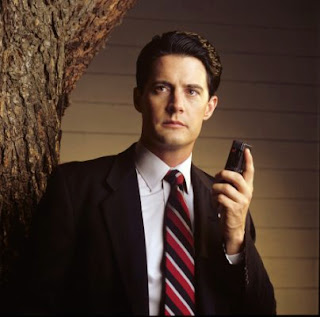 At BuzzFeed, you can read my latest feature, "Twin Peaks Is 24 Years Old And It Still Haunts Your Dreams," in which I (very briefly) explore just why Twin Peaks continues to hold a special allure nearly a quarter century after it first premiered.

Nearly 25 years after it first premiered on ABC, Twin Peaks — the brainchild of David Lynch and Mark Frost — continues to exert an inescapable gravitational pull on the imaginations of viewers and on the television landscape as a whole. Yes, there is still the totemic power of such influential series such as The Wire, or Six Feet Under, or The Sopranos, but Twin Peaks remains a powerful shorthand for ethereal, riveting mystery, and for good reason.

Nominally about the investigation into the murder of homecoming queen Laura Palmer (Sheryl Lee), the serialized drama was responsible for creating the nightmares of many as it delved into both the seedy underbelly of a seemingly idyllic town in the Pacific Northwest and into a haunting dream world where giants and dwarves roamed the halls of the Great Northern Hotel, perfect cherry pie could be had at the local greasy spoon, and murder most foul could rip a town in two. The show itself embraced the somnambulist visuals of its co-creator, infusing the whodunnit with a lyrical, somber, and, at times, terrifying feel. (You all know which moments I mean: A tableau of lovelorn teenagers singing a song segues into a nightmarish encounter. A skipping record signals doom. Red curtains part to reveal horrors.)

For those of us who experienced the show as it aired, tuning in each week to gather more clues about Laura’s killer and marvel at the deductive reasoning skills of the show’s resident Sherlock, FBI Special Agent Dale Cooper (Kyle MacLachlan), it’s almost impossible to describe the strange appeal that Twin Peaks had and the hunger to solve the murder in the days before Twitter, Television Without Pity message boards, or social media at all. It was a true watercooler show in the days when such things as watercooler conversation still existed. It caused many a sleepless night as you pondered just what the dwarf meant, or whether Laura’s lookalike cousin Maddy Ferguson (also played by Lee) was connected somehow to the specifics of her death.