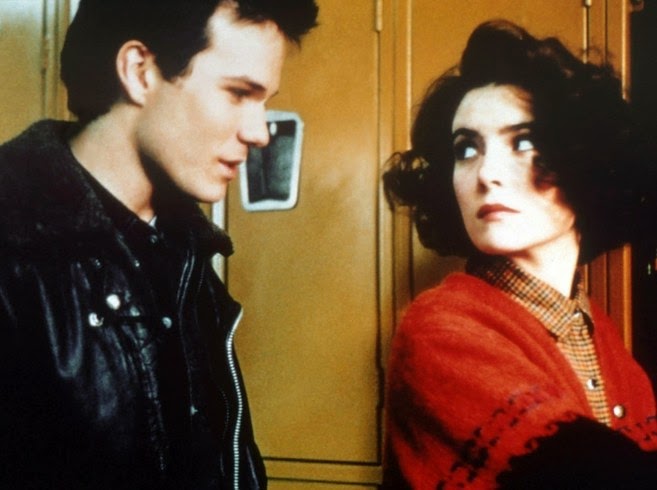 Damn fine news: After 25 years, Twin Peaks is headed to Showtime with a nine-episode limited series. BuzzFeed News spoke to Frost about the revival and what fans can expect.

At BuzzFeed, you can read my latest feature, "Twin Peaks Co-Creator Mark Frost On The Series’ Return To Television," in which I talk to Twin Peaks co-creator Mark Frost about the series' resurrection as a limited series on Showtime in 2016.

Earlier this summer, deleted and extended scenes from the Twin Peaks follow-up film Fire Walk With Me were unearthed for the series’ complete Blu-ray release. But that was nothing compared to what happened on Oct. 6, as the impossible suddenly became a reality: Co-creators David Lynch and Mark Frost announced that Twin Peaks would be returning to television 25 years after it went off the air, its resolution as hazy and unclear as a fever dream.

Nine episodes of a Twin Peaks revival series will air on Showtime in 2016 as a limited series, one that promises a resolution of sorts for FBI Special Agent Dale Cooper (Kyle MacLachlan) and one that signals a reunion of Lynch and Frost, who will write every episode, with Lynch set to direct as well. For Frost, it’s a unique position to be in, one that has been three years in the making.

“It’s a very rich feeling, to finally be able to tell the world about it, because we’ve been living with it for three years,” Frost told BuzzFeed News shortly after the limited series announcement was made. “People’s reactions are so fantastic. The thought that something like this could make so many people excited and hopefully happy fills you with the kind of joy you don’t get most days. So it’s a wonderful opportunity to close the circle.”

Frost also talked about Showtime’s announcement, why there are exactly nine episodes planned for the resurrected Twin Peaks, whether composer Angelo Badalamenti will return with another iconic score, and what fans can expect from this most unlikely news. In the words of the Little Man From Another Place, let’s rock.

Very few artists ever get the opportunity to return to a work 25 years later, particularly those working in television. What does it feel like to have the chance to make this journey and specifically with David?

Well, you know, the heart of this whole experience, from the beginning, has been this friendship that we share. Everything that we’ve done has started and flowed from that. In a way, it’s a wonderful way to continue the friendship, and deepen the experience for both of us, as friends, as collaborators, and as people, working to tell a story together. Neither of us has ever collaborated with anybody else in this way, and it’s a very special relationship. I guess you can say it’s like the U.S. and Great Britain, in diplomatic terms. It’s the special relationship in my life, creatively, and I think in his in the same way. First and foremost, it’s a wonderful chance to work together with a very good, dear friend.

Given that this is the only collaboration that both of you have done, what is the process for co-writing these episodes, and how has your relationship with David changed in the more than two decades since you last worked together?

I think that the main thing is — you’re different people 20 years later. You’re older and hopefully wiser, and you’ve had a lot more life experience. You’re bringing all that to the table. That’s certainly been our experience; that’s what it feels like to me. We’re not just trying to bring back the show because we can bring back the show; we’re doing it because we feel there’s something more to say with it, and it’s the perfect vehicle for expressing those thoughts and feelings.

Why specifically is the revival nine episodes?

Well, if you think back about the first season, if you put the pilot together with the seven that we did, you get nine hours. It just felt like the right number. I’ve always felt the story should take as long as the story takes to tell. That’s what felt right to us.
There are still a lot of details that are coming together. In terms of the general thrust of this, is this being envisioned as a strict continuation of those plots that were left dangling when the show was canceled, or is it something altogether different?
It’s kind of all of those things. It’s different and yet the same. It’s reassuring, and yet, I hope, equally startling and unsettling. And, more than anything it does, Twin Peaks is kind of a way to look at the world. And this is a chance to refine that vision, so many years later. As you say, it’s a very unique opportunity.