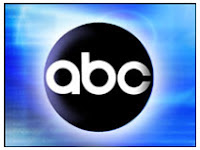 What a difference a week makes.

Last Monday, I was on pins and needles about whether the WGA membership would vote in favor of lifting the strike and getting back to work. The past week, however, has been a flurry of activity as studios and networks began taking stock of their current series, ordering second seasons for many freshman dramas, ordering additional episodes of current hits, and looking towards the 2008-09 season and seeing just how many pilot projects could be recovered in time for the upfronts in May.

The very first post-strike sale was announced this weekend: ABC has picked up an untitled multi-cam comedy pilot from Will & Grace creators David Kohan and Max Mutchnick, from studio Warner Bros. Television.

Project, which had been written on spec before the strike, revolves around two best friends and business partners--one who is straight, the other who is gay--who both end up landing significant others at the same time.

It's another chance to catch up on the teen soap. On tonight's repeat episode ("Bad News Blair"), Blair is thrilled to be selected as a model for her mom's new fashion line but she manages to get upstaged once again by Serena while Nate and Chuck head out for a boys' weekend after Ivy Week.

It's not the best series out there, but there's something winsome about this low-key comedy. (And, hell, at least it's scripted.) On tonight's episode ("The Letter"), Josh invites Hope to dinner and attempts to plan the perfect evening with some help (read: hindrance) from Uncle Saul and Jesus.

On tonight's installment ("Dungeons & Dragons"), Sarah's stranger (guest star Brian Austin Green) tries to remember life in the future and Sarah must explain to Charley while she was forced to leave him.

On tonight's episode ("Popular"), Christine is accused of being one of the "meanie moms" by a new dad at Ritchie's school. Hello, ironic outcome.

It's a brand new season of No Reservations on the Travel Channel; follow enfant terrible chef Anthony Bourdain as he travels the world in search of good food. In tonight's installment, Tony heads to Jamaica where he tastes the local cuisine at some fish shacks and learns that the Jamaican paradise is actually torn apart by political strife.

Anonymous said…
Wow, that K&M series sounds like it was a real stretch for them. Good to see they used the strike time to broaden their areas of interest. Glad they didn't stick to the old adage, "Write what you know"

Anonymous said…
Argh. Can't Hollywood come up with anything original? Come on, writers! I supported you during the strike! Give me some good TV!!
2/19/2008