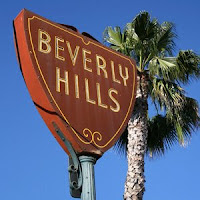 Those of you hoping to catch Hilary Duff on the revival spin-off pilot of Beverly Hills 90210 are just plain out of luck.

Duff has turned down the role of Annie Mills, a drama-obsessed Wichita teenager who relocates to Beverly Hills with her middle-class family, including her father (who takes over as principal at West Beverly Hills High), adopted African-American brother, and her Olympic medalist mother Celia.

Producers had sent Duff a copy of the 90210 pilot script--written by Veronica Mars creator Rob Thomas--with the hope that she'd sign onto the project. The role of Annie Mills will now be played by Shenae Grimes, best known for her work as Darcy Edwards on Degrassi: The Next Generation.

Celia, Annie's Olympic medalist/personal trainer mother, will be played by Lori Laughlin (Summerland), which I have to admit is pretty good casting.

In other 90210-related news, I hear that Jennie Garth IS negotiating with CBS Paramount Television to join the cast of 90210. Garth recently dropped out of CBS comedy pilot My Best Friend's Girl, lending speculation that she was going to jump ship to BevHills.

Rob Thomas' pilot script had Garth's 90210 character, Kelly Taylor, working as the fashion teacher at West Beverly Hills High... so it's only a matter of time before the studio is able to close the deal and make an official announcement about her attachment.

UPDATE: Ryan Eggold (Dirt) and Jessica Walters (Arrested Development) have also now been cast in the drama pilot presentation. Walters will play Tabitha Mills, the alcoholic, ex-actress grandmother to Annie whose Beverly Hills home the family moves into after her latest Betty Ford stint. I'm personally surprised by Walters inclusion and, while 90210 should be on their hands and knees praising whoever landed the former Lucille Bluth, I can't help but feel that this project is far beneath Walters.

On the thirteenth episode of this addictive British import, the remaining three couples are surprised when Raymond unexpectedly turns up at their restaurants and pokes his nose into every single decision they've made up until that point, tasting the food and seeing if their service is up to his high standards... and uncovers moldy ingredients, undercooked food, and unhappy customers.

Due to the writers strike, Season Two is wrapping up a lot sooner than was originally expected. On tonight's season finale ("The Lying King"), Wayne and Dahlia are forced to confront the widening chasm between them; the Bayou Hills deal is hanging by a thread after foul play; Didi and Ike get closer; and Rosaleen convinces Cael to stay with the Travelers. Sniffle. I'll miss you, Molloys.

The CineManiac said…
This comment has been removed by the author.
4/29/2008