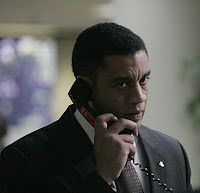 Less than a day after posting my glowing review of Joss Whedon's pilot script for his upcoming FOX series Dollhouse, the network has announced further casting on the project.

The talented Harry Lennix (24) has been cast in the role of Boyd Langton, a former cop who serves as "handler" to Echo, Eliza Dushku's character. Within the confines of Dollhouse, Boyd seems to offer a (gruff) voice of reason, feeling morally at odds with the treatment of the Actives (or Dolls, as they're sometimes known) yet willing to lay down his own life to protect them.

While reading the script, I kept picturing Waking the Dead's Trevor Eve as Boyd but I am pleased as punch to see that Lennix has been tapped for this role; he'll bring a real sense of gravitas and moral uncertainty to a complex and compelling role.

Lennix's hiring means that there's only one other major role to be cast (other than the recurring role of November, another Active at the facility who doesn't appear in the pilot script): Dr. Claire Saunders, the scarred medical specialist who oversees the physical well-being of the Dolls (often referred to by her nickname of "The Phantom"). Personally, there are a number of talented actresses who could do this role justice but I keep picturing Buffy the Vampire Slayer's Lindsay Crouse, who memorably played Professor Maggie Walsh on the series, even though the role is written for a younger actress. 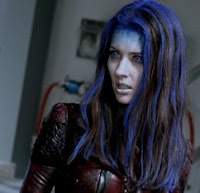 UPDATE: Joss himself has now announced over on Whedonesque that Dollhouse's Dr. Claire Saunders will be played by none other than Fred/Illyria herself, Amy Acker (Angel), in an inspired bit of casting that reunites Acker with the Buffy and Angel creative genius.

I am so thrilled with this piece of news that I can hardly speak. Acker will be so pitch perfect as the haunted, scarred Claire that I have now erased any thoughts of imagining anyone else in this amazing role.

Also cast in Dollhouse: Medical Investigation's Miracle Laurie (a name almost as awesome as Charisma Carpenter!) who will play the aforementioned November, another of the Dollhouse's Actives who will recur in the series. 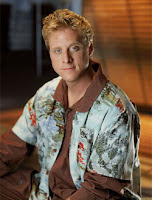 In other casting news, fellow Whedon collaborator Alan Tudyk (Firefly) has been cast ABC's untitled comedy pilot from Kohan/Mutchnick about two male best friends--one straight, the other gay--whose working relationship is tested when they both get significant others.

It's not to be confused with last year's untitled Kohan/Mutchnick CBS comedy pilot in which two male best friends--one straight, the other gay--whose working relationship is tested when they both get... new assistants.

Tudyk recently starred in NBC's untitled Luke Reiter drama pilot, formerly known as Dirty Tricks, Play or Be Played, and All Rise at various times. Pilot was not among NBC's recent crop of series orders and scheduling announcements.

Love the blog! Just wanted to let you know that Joss posted over at whedonesque.com and announced that Amy Acker will be playing Dr. Claire and that an actress named Miracle Laurie will be playing November.
4/17/2008

Unknown said…
Amy Acker will be great. It would've been cool if Charisma Carpenter played November.
4/17/2008