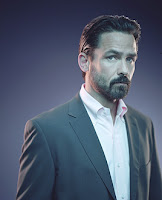 Billy Campbell (The 4400) has been cast as one of the leads in AMC drama pilot The Killing, where he will play Darren Richmond, a City Council President in Seattle. Series, executive produced by Mikkel Bondesen and Veena Sud, revolves around three interlocking stories that are connected by the murder of a young girl. (Hollywood Reporter's The Live Feed)

TBS' deal with Conan O'Brien for a latenight talk show is described as a "watershed moment" by Variety's Stuart Levine, who reports that the cabler's deal with O'Brien will bring more viewers to the channel who may not have come to the comedy-centric cabler before. Deal will create a two-hour latenight block (with George Lopez's Lopez Tonight that will air Mondays through Thursdays on TBS. (Variety)

The Wrap's Josef Adalian has an interview with Turner Broadcasting Company's Steve Koonin about TBS' surprising deal with Conan O'Brien, who will bring his latenight show to the cabler in November. "The most important point is: Conan chose TBS. And he had lots of different opportunities," said Koonin. "We've been very vociferous and vocal about trying to grow our business and saying we're as good as broadcast. To have someone like Conan (come to TBS) ... validates what we've been saying. We are every bit as good as broadcast television. It's a win for the whole (cable industry)." (The Wrap's TVMoJoe)

[Editor: FOX affiliates are said to be relieved that Conan O'Brien won't be coming to their network, according to a report by Broadcasting & Cable's Michael Malone, which can be read here.]

George Lopez, meanwhile, will move his TBS latenight talk show Lopez Tonight to midnight in order to accommodate O'Brien's new series. "I want to say that I am completely 100% on board with this move," said Lopez on last night's show. "I talked to Conan on Wednesday and I talked to him last night and I said I welcome you into my deep loving embrace." (Entertainment Weekly's Hollywood Insider)

NBC has allegedly ordered thirteen episodes of Law & Order spin-off series Law & Order: Los Angeles (a.k.a. LOLA), which it will launch this fall, according to Deadline.com's Nellie Andreeva, who reports that Blake Masters (Brotherhood) has been hired to write the series. However, neither NBC nor executive producer Dick Wolf would comment on the report. Should the move go forward, it's possible that the Peacock will once again be home to at least three iterations of the Law & Order franchise (with original-flavor Law & Order said to be look to return), but I can't help but wonder if NBC didn't learn its lesson about not shooting pilots first before ordering projects to series. (Deadline.com, The Wrap's TVMoJoe, Fancast)

Entertainment Weekly's Michael Ausiello is reporting that Diane Keaton is in talks to star in HBO comedy pilot Tilda, from executive producers Bill Condon and Cynthia Mort. Should a deal close, Keaton would play a Hollywood blogger who is said to share some, uh, attributes with Nikki Finke. (Entertainment Weekly's Ausiello Files)

Looks like Matthew Broderick is getting some company on the beach. Patton Oswalt (Caprica) and Kristen Johnston (3rd Rock from the Sun) have been cast in NBC comedy pilot Beach Lane, which stars Broderick as an author who is hired by an slacker millionaire named James (Oswalt) to run his newspaper, based in the Hamptons. Johnston will play James' real estate agent step-sister. Project, from Universal Media Studios and Broadway Video, is written/executive produced by Paul Simms. (Variety, Hollywood Reporter)

Reports are swirling that post-apocalyptic drama Survivors (which airs Stateside on BBC America) has been axed by BBC One after just two seasons. "Sadly the BBC aren't going to do any more Survivors," an unnamed source told Total Sci-Fi Online. "They expressed genuine affection for the show and a real desire to go again but felt that with the ratings having slipped a little since the first series they couldn't take the risk. The sad truth is that we're somewhat the victims of having gone out on the main channel - in some ways the exposure is wonderful but in other ways it's a mixed blessing." (via Digital Spy)

TVGuide.com's Natalie Abrams has an interview with V's Joel Gretsch about what's coming up on the ABC sci-fi drama series. "Yeah, he will," said Gretsch, when asked about whether Father Jack would have to choose between being a priest or a soldier. "The episode we're filming now, that question is very much in the forefront. Father Jack is really an unlikely resistance fighter. He's ill-equipped. Even though he was in the war, he was there from more of a spiritual standpoint. Father Jack is a fish out of water, yet he is learning that he's got to do something. He will definitely find his way through this, though it's not an easy road for him and it pushes his moral dilemma." (TVGuide.com)

Starz is said to be developing two mini-series projects with Ben Silverman's Electus: historical drama William the Conquerer, from executive producer Pierre Morel, and action-thriller Peacekeeper, co-created by Fisher Stevens and Silverman. Move comes after Starz has announced several international co-productions, including Pillars of the Earth and Camelot. (Variety)

Syfy has teamed up with RHI Entertainment to produce two telefilms for the cabler: The Other Side and Roadkill. (Hollywood Reporter)

Scott Free and Tandem have announced that they are developing a mini-series sequel to their upcoming period drama Pillars of the Earth that will be based on Ken Follett's sequel, "World Without End." John Pielmeier will write the script for a possible eight-hour mini-series and Starz will co-finance the development of the project with Tandem. (Variety)

Hasbro Studios has hired Cartoon Network executive Finn Arnesen as SVP of international distribution and development, where he will oversee the studio's international expansion and report to Stephen Davis. (Hollywood Reporter)

Anonymous said…
I just hope that Law and Order Los Angeles commission bit is not true. Just how many Law and Orders does NBC think that we need? One per night of the week?
4/13/2010