The Daily Beast: "The Rise of Nordic Noir TV" 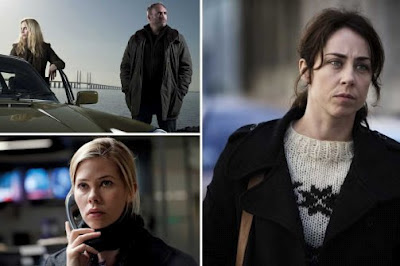 The Duchess of Cornwall is just one obsessive viewer. Nordic Noir—embodied in Scandinavian dramas like The Killing, The Bridge, and Borgen—have become cult hits in the U.K., and are about to become the go-to formats for American TV pilots. I explore the genre’s appeal, its breakout female characters, and why audiences in the U.S. are unlikely to see many of them in their original form (but it is possible to see them!).

Over at The Daily Beast, you can read my latest feature, "The Rise of Nordic Noir TV," in which I explore why these Scandinavian dramas have become cult hits in the U.K., how they are ripe for American adaptations, and their universal appeal.

While AMC’s The Killing has been dumped in a trunk to die like Rosie Larsen, its progenitor, Denmark’s Forbrydelsen, continues to slay viewers around the globe on the strength of its moody wit and strong-willed protagonist.

Forbrydelsen (in English, The Crime) became a cult hit in the United Kingdom when it aired on BBC Four last year, quickly embedding itself within the cultural zeitgeist. Like The Killing, it revolves around the search for the killer of a teenage girl, tightly drawing together political, familial, and personal concerns within its web. Sales of the chunky Faroese sweater worn by the show’s lead detective, Sarah Lund (Sofie Gråbøl), skyrocketed, with the jumper’s maker, design firm Gundrun & Gundrun, reportedly unable to keep up with the insane demand. Camilla, the Duchess of Cornwall, was such an obsessive fan of the series—it’s the only show that she and Prince Charles watch together!—that she visited the set of Forbrydelsen’s third season earlier this year, and was delighted to be presented by Gråbøl with a Faroese cardigan in the style of Lund’s. Gråbøl herself turned up in Absolutely Fabulous’s Christmas special, reprising her role as Lund in a dream sequence. She was, of course, wearing The Jumper.

“Even people who haven’t watched [Forbrydelsen] know about The Jumper,” said Radio Times TV editor Alison Graham. “Now, whenever a new Nordic Noir show is about to arrive, I’m always asked by viewers—wryly, of course—about ‘the knitwear.’”

Sweaters aside, Forbrydelsen and its fellow Scandinavian imports—The Bridge, Wallander, and 2012 BAFTA International Programme Award winner Borgen, which have been loosely dubbed “Nordic Noir” by its adherents—have become bona fide hits in the United Kingdom. And Hollywood has responded in turn. The trail originally blazed by Stieg Larsson’s The Girl With the Dragon Tattoo and BBC/PBS’s English-language Wallander has resulted in a hunger for more Scandie drama, with viewers on both sides of the Atlantic gobbling up original-language versions, a trend that has continued on the television side. (Scandinavia could be close to usurping the appeal of white-hot Israel, one of the largest exporters of scripted formats to the U.S., with shows like Homeland and In Treatment. A&E is developing an adaptation of Danish crime thriller Those Who Kill, while The Bridge is a likely contender to score a remake as well.)

Debbie said…
So glad you are providing a great spotlight on the Nordic Noir genre! No one else writing on entertainment is doing this (or even comes close to providing us the same quality of reviews and insight). Keep up the great work!

Another related area of Nordic Noir influence is in the great books they are turning out... Getting past the Millennium Series (Dragon Tattoo books) there are plenty more quality Nordic authors whose books are finally being translated into English for us to enjoy. Let me suggest anything by Lars Kepler as a good place to start!
6/22/2012