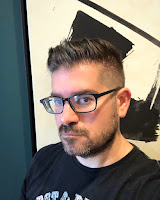 Televisionary was Jace Lacob’s television blog from its inception in 2006 to roughly 2013. It focused on U.S. and U.K. television programming, news, reviews, and exclusive interviews and attracted a wide swath of industry readers.
During his career, Jace Lacob has worked as a writer, editor, television critic, interviewer, podcast host, consultant, and television executive. His journalistic work has appeared in Newsweek, The Daily Beast, BBC.com, The Los Angeles Times, BuzzFeed, Film.com, TVWeek, Sky.com, and West Hollywood Lifestyle.
Jace is currently the host of MASTERPIECE Studio, the four-time Webby Award-winning companion podcast for PBS' long-running drama anthology series MASTERPIECE. To date, the podcast has been downloaded more than 17 million times. He is also the host of the recently announced Making MASTERPIECE documentary podcast, which will explore the history of the venerable cultural touchstone and which will be released in 2021 to coincide with MASTERPIECE’s 50th anniversary.
Both a Twitter hashtag and a television character have been named after him.

As a screenwriter, his work has won or placed in more than 25 script competitions, including the Austin Film Festival.

Jace was the entertainment editorial director of BuzzFeed, where he oversaw the editorial direction of the site's film and television coverage, and the deputy west coast bureau chief for The Daily Beast/Newsweek, where he also served as the site's chief television critic. Before moving into that position in 2012, he was the TV Columnist for The Daily Beast/Newsweek, writing for both the online and print divisions of the media company.

He holds a Bachelor's degree in English Literature from Cornell University College of Arts and Sciences and a Master's degree in Journalism and Mass Communications from New York University. He also studied Literature at Oxford University (Wadham College, to be precise).

Before embarking on a career in journalism, Jace worked in the television industry for more than seven years, both on the domestic and international sides — in development, co-productions, and acquisitions for such companies as British Sky Broadcasting and Lionsgate Television.

Jace is based in Los Angeles.

More information about Jace can be found here.

The android has left the building. Or the test kitchen, anyway. Top Chef 's robotic host Katie Lee Joel, the veritable "Uptown Girl" herself (pictured at left), will NOT be sticking around for a second course of Bravo's hit culinary competition. According to a well-placed insider, Joel will "not be returning" to the show. No reason for her departure was cited. Unfortunately, the perfect replacement for Joel, Top Chef judge and professional chef Tom Colicchio, will not be taking over as the reality series' host (damn!). Instead, the show's producers are currently scouring to find a replacement for Joel. Top Chef 's second season was announced by Bravo last month, but no return date has been set for the series' ten-episode sophomore season. Stay tuned as this story develops. UPDATE (6/27): Bravo has now confirmed the above story .
21 comments
Continue reading full story...

The CBS legal drama, now in its sixth season, continually shakes up its narrative foundations and proves itself fearless in the process. Spoilers ahead, if you’re not up to date on the show. At BuzzFeed, you can read my latest feature, " The Good Wife Is The Best Show On Television Right Now," in which I praise CBS' The Good Wife and, well, hail it as the best show currently on television. (Yes, you read that right.) There is no need to be delicate here: If you’re not watching The Good Wife, you are missing out on the best show on television. I won’t qualify that statement in the least — I’m not talking about the best show currently airing on broadcast television or outside of cable or on premium or however you want to sandbox this remarkable show. No, the legal drama is the best thing currently airing on any channel on television. That The Good Wife is this perfect in its sixth season is reason to truly celebrate. Few shows embrace complexity and risk-taking in t
Post a Comment
Continue reading full story...

HBO's stranger-than-fiction true crime documentary The Jinx   — about real estate heir Robert Durst — brings the chills and thrills missing since Serial   wrapped up its first season. Serial   obsessives: HBO's latest documentary series is exactly what you've been waiting for.   The Jinx: The Life and Deaths of Robert Durst , like Sarah Koenig's beloved podcast, sifts through old documents, finds new leads from fresh interviews, and seeks to determine just what happened on a fateful day in which the most foul murder was committed. And, also like  Serial  before it,  The Jinx may also hold no ultimate answer to innocence or guilt. But that seems almost beside the point; such investigations often remain murky and unclear, and guilt is not so easy a thing to be judged. Instead, this upcoming six-part tantalizing murder mystery, from director Andrew Jarecki ( Capturing the Friedmans ), is a gripping true crime story that unfolds with all of the speed of a page-turner; it
Post a Comment
Continue reading full story...