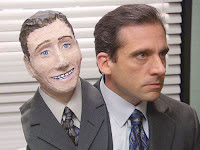 I woke up early this morning in order to catch the Golden Globe nominations (which are announced at 5 am here on the West Coast). Well, okay, I overslept a little bit but 5 am is pretty darn early for me!

Read on to get my thoughts on the major category nominations and click here to get the full list of both feature film and television nominees.

As expected, drama bigwigs 24, Lost, Grey's Anatomy, and Heroes are duking it out with newcomer Big Love (easily one of my favorite new series of the year), which I'm pleased as punch to see nominated in this category. Not everyone loves the polygamists in HBO's gripping drama, but we here in the Televisionary household can't get enough of the Henrickson clan. Still, if I had to pick a winner in this category, it would have to come down to Televisionary Obsession #1: Lost. There I've said it.

BEST PERFORMANCE BY AN ACTRESS IN A TELEVISION SERIES – DRAMA

Evangeline Lilly all the way for me, I'm afraid. While there's no question that all five of these women named are gorgeously talented actors, my heart lies with the enigmatic Kate and it's heartening to see her get singled out by the Hollywood Foreign Press Association. You've come a long way from Canadian dating commercials, Evangeline, though you've got some steep competition here. Let's just hope the voters were impressed enough with your recent performance as a captive of the Others to take home the statuette.

BEST PERFORMANCE BY AN ACTOR IN A TELEVISION SERIES – DRAMA

Seriously, some good nominations here. (Interesting that there's no repeat nod for Matthew Fox this year.) I'm happy to see Michael C. Hall here for Showtime's serial killer drama Dexter and even more happy to see Bill Paxton here for Big Love. But as for who will take home the Golden Globe? Sorry McDreamy, but it's probably Jack Bauer.

All I can say is THANK GOD that The Office was nominated. I was actually all worked up earlier today when I thought for a split second that this awe-inspiring comedy was snubbed. Fortunately, I think that was a fever dream brought on by all of the Christmas cookies I ingested last night. Whew.

I'm not happy to see Desperate Housewives here again, as I have a seriously hard time accepting that DH is a comedy (an unfunny dramedy, at best) and if one one-hour series had to be included in this category, I would have rather it had been newcomer Ugly Betty (also nominated here), which IS a comedy, just of the one-hour variety. Entourage and Weeds are always safe bets for nominations, though I was hoping that Scrubs or 30 Rock would somehow manage to pull a nomination. While I like My Name is Earl, my love for the series has dwindled this season, a pale shadow of its former self. Fittingly, the series was snubbed this year.

If you couldn't guess, I'm rooting with all of my heart for the gang at Dunder-Mifflin to trounce the ladies of Wisteria Lane and to take home the prize for The Office.

Tough race in this category, though I am thrilled to see that only two of the Housewives were nominated. (Not going to be a good day in the Hatcher household, methinks.) I love Mary-Louise Parker's bravura turn as Nancy Botwin on Weeds, but am thrilled that both Old Christine's Julia Louis-Dreyfus and Ugly Betty's America Ferrera received nods this morning, making this race a lot more interesting than last year's category, in which all four main Housewives were nominated, alongside MLP.

It's obvious that I'm rooting for The Office's Steve Carrell to win for his always hilarious, always painful performance as Michael Scott on the NBC comedy. (While things in this world are always uncertain, the one constant is that I'm pulling for The Office.) But I couldn't be happier to see 30 Rock get some love in the form of a nomination for Alec Baldwin who can casually toss off some bon mots like "You have the confidence of a much younger woman" and have it read as both astonishingly mean and whimsically complimentary. Zach Braff fortunately gets a nod for his consistently funny performance as J.D. on Scrubs. Scrubs never gets enough love and I'm hoping its new berth on NBC's relaunched Thursday night comedy lineup changes this.

BEST MINI-SERIES OR MOTION PICTURE MADE FOR TELEVISION

Tough call, but I am going to go for the deliriously beautiful and gripping Bleak House.

It's tough competing against yourself, but Helen Mirren did turn in two magnificent performances this year. Still, I think it will come down to one of her turns or Gillian Anderson's vulnerable performance as Lady Dedlock in Bleak House.

BEST PERFORMANCE BY AN ACTRESS IN A SUPPORTING ROLE IN A SERIES, MINI-SERIES OR MOTION PICTURE MADE FOR TELEVISION

BEST PERFORMANCE BY AN ACTOR IN A SUPPORTING ROLE IN A SERIES, MINI-SERIES OR MOTION PICTURE MADE FOR TELEVISION

It's got to be Weeds' Justin Kirk, or I'm not coming into work the next day. His fiercely funny performance as Nancy's brother Andy invigorated the pot dramedy's second second and he even managed to steal the show away from Mary-Louise Parker, no mean feat.

So who do you think will win the Golden Globes? Who deserved their noms, who didn't, and who was wrongfully snubbed?

It's a full hour of the best comedy on television: The Office. On the third season Christmas special ("A Benihana Christmas"), written by the talented Jen Celotta, Dunder-Mifflin ends up split down the middle when an argument among the members of the Party Planning Committee leads to two office Christmas parties. Meanwhile, Michael gets dumped by Carol (and right at the holidays too!) and invites the menfolk of Dunder-Mifflin to down their sorrows.

Finally! Scrubs is back on NBC's schedule, where it belongs. And on tonight's episode ("My Best Coffee"), J.D. discovers that he and Kim (Elizabeth Banks) are actually quite compatible, after all, while Carla must decide whether or not to return to work now that the baby ihas been born.

On tonight's episode ("The Break-Up") of the show that coined the term "mind grapes," Liz finally dumps her beeper-salesman boyfriend (Dean Winters) and tries to enter the the dating world of Manhattan with Jenna, while Jack has some romantic issues of hios own when he begins seeing a high-ranking government official.

It's the third episode of the supernatural thriller Afterlife, starring Leslie Sharp and Andrew Lincoln, on BBC America. On tonight's episode, socially awkward Daniel has a particularly horrifying first date. And I don't mean your run-of-the-mill first date horror, but true, palpable horror.

Anonymous said…
That best actor in a drama series category is fantastic! That's my favorite category. I am thrilled for Michael Hall and Bill P (even though, honestly - he's not my favorite thing about the show).

I haven't really had a chance to take in the noms, so I can't think of snubs, yet.

What I do know is that between my brother, sister-in-law and you all drooling, I think it's high time I watch Bleak House.
12/14/2006

Danielle C.F. Maris said…
Much more interesting nominations this year. Very happy about "The Office" and "Big Love" and the actress nod for Evangeline Lilly. She's acted her butt off on that island!

The best actor in a comedy category is tough. Definitely hope Steve Carell wins since Tony Shalhoub already stole his Emmy. Alec Baldwin is great but his role feels more supporting than lead. And always love Zach Braff but I think this is Carell all the way.

Vance said…
Yey, another Evangeline/Lost lover! You haven't deserted the show like everyone else! I'm not alone!
12/14/2006