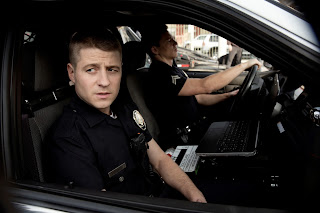 TNT’s gripping police drama Southland is back for a fifth season, but hardly anyone’s tuning in. My take on television’s most criminally overlooked show.

Over at The Daily Beast, you can read my latest feature, "Southland: Television’s Most Underrated Drama," in which I take a look at a superlative yet underrated drama: Southland, which returned last week for a fifth season.

Why aren’t more of you watching Southland?

Created by Ann Biderman (NYPD Blue) and executive-produced by John Wells (ER), TNT’s uncompromising cop drama returned for a fifth season last week to only 1.16 million viewers, down 34 percent from last year. In a television season that has given us dreck like Zero Hour, Mob Doctor, and Do No Harm, Southland should be a hit.

That it’s not is a shame, as Southland remains one of the most morally complex and insightful dramas on television today. It deftly juggles multiple crimes and incidents, as well as the private lives of these LAPD officers and detectives, played by an extraordinary cast that includes Ben McKenzie, Regina King, Shawn Hatosy, and Michael Cudlitz.

Southland shines at showing these officers as both heroes and flawed individuals whose psychological issues are often magnified by carrying a badge and gun. The battles they face—pregnancy, drug addiction, custody, the death of a loved one, a fallen comrade—are often just as dangerous as gunfire in the line of duty.

Season 5 of Southland continues the slow moral erosion of Ben Sherman (McKenzie), who began the series as a naïve rookie officer and who slowly has been transformed into a decorated, hardened cop whose motivations are often now less than altruistic. McKenzie, best known for his role as Ryan Atwood on Fox’s The O.C., carries himself completely differently than he did when Southland began back in 2009, the weight of what Officer Sherman has seen and experienced etched on his forehead in visible lines. As an actor, the maturity does McKenzie good; he’s cast off the “pretty” label that plagues many former teen drama actors, exchanging his adolescence for a tempered adulthood.

When Ben asks his barber to cut off his blond locks in the season premiere, it isn’t just a physical transformation for the character but a deeper psychological one. It is another manifestation of Ben’s colder, harder persona and his unexpected lack of empathy, one that manifests itself in surprising ways. When, in last week’s episode (“Hats and Bats”), he takes a phone call from his sister while standing feet away from an elderly woman whose sister has been brutally murdered in the home they shared, it’s a shock to Sammy Bryant (Hatosy), yet more evidence of his poster boy partner’s disregard for anyone but himself.

Is it that protecting the innocent—being granted powers and responsibilities beyond mere ordinary folk—sets you apart from humanity? Does power, in its insidious way, corrupt even the most noble of hearts?