BuzzFeed: "Peter Capaldi Named As The New Star Of Doctor Who" 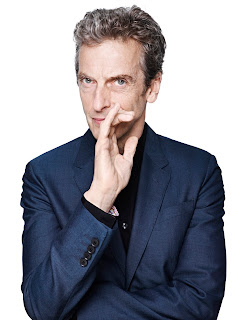 Yep, it's true. After much speculation, BBC has finally named Number Twelve. Peter Capaldi will take over as as the Doctor from Matt Smith, who will depart the role in this year’s Christmas Special.

At BuzzFeed, you can read my latest post, "Peter Capaldi Named As The New Star Of Doctor Who," about the casting of Peter Capaldi as Number Twelve.

The TARDIS is getting a new inhabitant in the form of 55-year-old veteran actor Peter Capaldi.
After weeks of speculation (and much interest from London bookies), BBC finally announced on Sunday just who will be taking over as the Time Lord at the center of long-running British science fiction drama Doctor Who once current series star Matt Smith leaves in December’s Christmas Special.

“The decision is made and the time has come to reveal who’s taking over the TARDIS,” executive producer and head writer Steven Moffat had teased ahead of the broadcast. “For the last of the Time Lords, the clock is striking twelve.”
The news of Capaldi being cast as the Doctor was announced on a live BBC One special, Doctor Who Live: The Next Doctor, which lifted the shroud of secrecy surrounding the highly anticipated casting news. The live special featured live and pre-recorded appearances from Smith, Peter Davison (the Fifth Doctor), and Colin Baker (the Sixth Doctor), as well as Bernard Cribbins and former companions Katy Manning (Jo Grant), Anneke Wills (Polly), Janet Fielding (Tegan), and Bonnie Langford (Mel). Asked for three words to describe the new Doctor, Moffat said, “Different from Matt.”

Capaldi is most definitely different to Smith — at least in age, as like Smith, he’s male and white. (For those hoping that the Doctor would regenerate into a woman, you’ll have to wait. It won’t be happening on Moffat’s watch, as he oddly made a joke about it not happening anytime soon.)

Capaldi walked out on stage (during what appeared to be a Time Tunnel-like laser light show) to much fanfare from the audience. “It’s so wonderful to not keep this secret any longer, but it has been absolutely fantastic in its own way,” said Capaldi. “So many wonderful things have happened. For a long time, I couldn’t tell my daughter, who would be looking on the internet and seeing that so-so should be Doctor Who and so-so should be Doctor Who and they never mentioned me.”

As for preparing for the role, Capaldi said that it was a bit of a challenge, though he has been a huge fan of the Time Lord for most of his life.

“It was quite hard because, even though I’m a lifelong Doctor Who fan, I haven’t played the Doctor since I was nine on the playground,” joked Capaldi, who said that he missed the call from his agent with the news of his casting (he was filming BBC’s Three Musketeers in Prague). “She rang me up and said, ‘Hello, Doctor!’ and I just started laughing and I’ve been laughing ever since.”