BuzzFeed: "18 Gasp-Worthy Secrets About Downton Abbey Season 5 From The Cast" 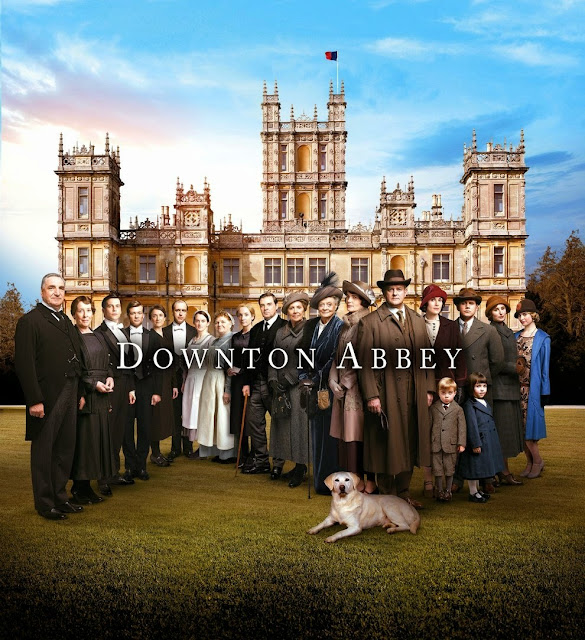 At BuzzFeed, you can read my latest feature, "18 Gasp-Worthy Secrets About Downton Abbey Season 5 From The Cast," in which I interview the cast of Downton Abbey about what's coming up on the fifth season of the British costume drama.

1. Reinvention is very big this season.

Judging from how often word “reinvention” itself came up among the cast members.
“There’s big social change in this season,” Michelle Dockery, who plays Lady Mary, told BuzzFeed. “You can tell by the clothes, it’s very, very modern. And Mary really embraces those changes. Reinvention is a good word.”

That spirit of renewal is perhaps nowhere more apparent than within the character of Lady Mary herself. “It’s the new Mary,” she said. “Because she’s through the grief now and she’s moving on with her life and embracing a social life again, and exploring things romantically and also taking on more responsibility with the estate. She’s really kind of growing up and growing into a different person this time.”

2. But that doesn’t mean Lady Mary will be choosing a new husband any time soon.

Yes, that means that the love triangle is still in full force and both Charles Blake (Julian Ovenden) and Anthony Gillingham (Tom Cullen) are back in Season 5. “They are on the scene,” Dockery said. “Mary doesn’t settle with anyone any time soon; she was never going to. That’s important, not just for the story, but for the audience, because Matthew [Dan Stevens] was such a well-loved character, and Dan, of course, so you can’t really have Mary marry someone immediately. She’s just feeling her way through things, really. She’s still being very impulsive. I love that about her, that she doesn’t always think things through. She’ll make a decision and she goes with it, and then often, she’ll regret it afterwards or think, in hindsight, she could have dealt with it better. I love that about her. It’s a very human quality.”