Anthologies All the Rage at NBC 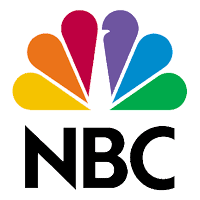 I'm not quite sure what makes anthology series particularly zeitgeist-y right now. After all, TNT already aired their Stephen King anthology series Nightmares and Dreamscapes and ABC, well, dumped their sci fi series Masters of Science Fiction on Saturday nights during the summer, so why has NBC announced not one but two anthology series in the last 24 hours? Beats me.

The Peacock has ordered 13 episodes of a horror anthology entitled Fear Itself, which is essentially a version of Showtime's Masters of Horror that has been reworked for network television. The series, from Masters of Horror producers Lionsgate and Industry Entertainment, will air next summer.

As for NBC, it seems that they are looking to less expensive business models in order to justify ordering scripted programming for the warmer months: "It's less expensive than the traditional license fees we pay," said Ben Silverman. "That's allowing us to open up original programming to work across the whole year. There are different ways to get scripted shows on the air all year round.

Like its forebear, which ran for two seasons on cabler Showtime, Fear Itself will feature top-notch horror writers and directors; the series' title was changed to avoid comparisons with the original series and to broaden the audience without limiting the types of stories they could tell.

Likewise, NBC is developing an untitled romantic comedy anthology series from Sex and the City writer Cindy Chupack and executive producer Joann Alfano (30 Rock), which each week would feature between one and three stories and an animated segment, joined together via a common theme. Stories would focus on love stories, with no limitations on the age, race, class, or orientation of the couples.

Is the American public so tired of serialized dramas and appointment television that network anthologies just make sense again? Or would the viewing community rather visit each week to see characters change and grow? I'm not entirely sure. Stay tuned as NBC attempts to find out.

I'm a sucker for the CW's "social experiment" Beauty & the Geek. On tonight's episode ("Opposites Attract"), the male beauty and female geek move into the mansion and the couples face their first challenge: the geeks must perform homemade raps in front of Three 6 Mafia, while the beauties face a political debate.

Season Two of Eureka continues tonight with "All That Glitters," the first half of a two-parter, in which a bronze statue turns gold, signaling a new danger to Eureka, while Beverly returns to Eureka after a little stay at Guantanamo. Michael Shanks guest stars.

FX's brilliant legal drama continues with an-all new episode tonight ("Do You Regret What We Did?"), the mystery behind Gregory's disappearance deepens as a videotape he made about his knowledge of the case surfaces; Frobisher's team brings in a secret weapon; Ellen discovers some shocking information; someone is hit by a car; and Patty's whereabouts after David's murder are discovered.

It's the series premiere of CBS' new nighttime soap, Cane. (Read my original review of the pilot here.) Jimmy Smits heads-up an all-star cast in this drama about a family-owned rum manufacturer involved in a decades-long feud with a rival clan.

Dani In NC said…
The romantic comedy anthology sounds like a modern version of "Love, American Style". I loved that when I was a kid. If the new show is along those lines, then I will definitely tune in.

I think there is room for anthology series. They would be an antidote to all the reality shows. Also, much of today's modern programming requires a person to watch it from day one to avoid being lost in the intricate plot lines. A show that you can drop in and out of would be a relief, especially during the summer when people have other things to do.
9/25/2007

Anonymous said…
If done well, I think there can be some merit to doing an anthology series. Sometimes there's more creative freedom or room to explore things. And the summer time is perfect for series like these. I'm not big on horror but the Cindy Chupack one sounds kind of fun.
9/25/2007

Anonymous said…
This could definitely be fun. At least the Cindy Chupack one (as long as it's not as mawkish as MiT) but I have no interest in horror.
9/26/2007