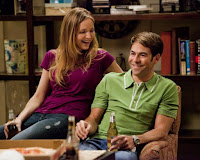 It's official: TBS has cancelled comedy My Boys after four seasons. News comes after series stars Jordana Spiro and Kyle Howard had to withdraw from pilots that had been ordered to series due to their first position on the TBS comedy, whose days many suspected were already numbered. According to Variety's Jon Weisman, roughly 14 months passed between the end of the third season and the beginning of the fourth season, which kicked off in July. One cast member--Jim Gaffigan--left between the seasons. Spiro's role on Love Bites was eliminated when she was unavailable as the show under went some retooling. (Variety)

Entertainment Weekly's Michael Ausiello is reporting that John Schneider (Smallville) has been cast in a multiple-episode story arc on ABC's Desperate Housewives this season, where he will play the father to Brian Austin Green's Keith, the new handyman/contractor overseeing the remodeling of the home of Marcia Cross' Bree. Schneider will make his first appearance in Season Seven's seventh episode. (Entertainment Weekly's Ausiello Files)

TVGuide.com's Gina DiNunno has an interview with Top Chef: Just Desserts host/judge Gail Simmons about the culinary competition series launching tonight (after the season finale of Top Chef). "Pastry chefs are so precise and so exacting [that] it really does come out in their personalities," said Simmons. "And they're artists, so with that comes a lot of drama. ... I mean, there's a lot of strategy and sabotage, and what's amazing is that desserts sort of lend themselves to that because they're so delicate and so fragile that you kind of have to guard them with your life or else it all could be lost." (TVGuide.com)

Entertainment Weekly's Lynette Rice has confirmed that Stephen Lang (Avatar)--reported by Deadline to be in talks to join the cast of FOX's Terra Nova--is indeed in talks to do just that. Lang would star opposite Jason O'Mara and Allison Miller in the project, which recounts the adventures of a family from the future who travels back to prehistoric times as part of a project to save the human race. Lang would play "the merciless leader of a prehistoric settlement." Series is slated to launch in fall 2011 after a sneak peek next May. (Entertainment Weekly's Hollywood Insider)

All is not well behind the scenes on Terra Nova, however. Executive producer David Fury--known for his work on 24 and in the Whedonverse--has exited the project, citing "creative differences." Fury had been serving as co-showrunner on the FOX project, alongside Brannon Braga, who will now become the series' sole showrunner. (Variety)

SPOILER! TV Guide Magazine's Will Keck talks to Bones star Michaela Conlin about just what she and Hodgins will be bringing back from Paris when the series returns on September 23rd. "Angela's pregnant!" said Conlin. "I have to be honest, at first I was a little hesitant. To marry this wild child off and get her pregnant had me worried that this would limit her, story-wise. But I now feel, getting in to the sixth season, it's going to be interesting to see her try to fit her wild life into this maternal situation." Look for Angela's pregnancy to have a major effect on Brennan meanwhile. (TV Guide Magazine)

Entertainment Weekly's Michael Ausiello is reporting that Rachael Taylor (Transformers) has been cast in a multiple-episode story arc on ABC's Grey's Anatomy this season. "Taylor’s character is still being conceived—she’s not scheduled to debut until midseason—but a Grey’s insider confirms that she will be playing a (surprise!) doctor," writes Ausiello. (Entertainment Weekly's Ausiello Files)

MTV has ordered two scripted pilots: That Girl, a coming of age comedy about "a 15-year-old misfit who suddenly becomes the center of attention after the kids in school mistakingly believe she tried to commit suicide," from creator Lauren Iungerich; and horror comedy Death Valley, about a division of the LAPD that focuses on supernatural threats, from executive producers Austin Reading, Jilie Kellman Reading, Eric Weinberg, and Tim Healy. (Variety)

E! Online's Megan Masters has an exclusive first look at the tenth and final season of the CW's Smallville, which kicks off on September 24th. (E! Online's Watch with Kristin)

ABC is developing an untitled drama pilot about the vice president of the United States and his female chief of staff with writers/executive producers Sheldon Turner and Shaun Cassidy attached. "The drama, which comes with a strong dose of comedy, focuses on the underdog nature of the veep's team -- call it the political equivalent of Glee," writes Variety's Michael Schneider. "Untitled hour is less about politics and more about office dynamics, including a budding romance between the chief of staff and the veepee's son." (Variety)

Dylan Baker, Matthew Lillard, Amy Irving, and Jennifer Grey are all set to guest star on Season Seven of FOX's House, which kicks off on Monday evening. (Hollywood Reporter)

In other FOX casting news, Jamie Hector (The Wire, Heroes) will guest star in the third season premiere of Lie to Me, where he will play a character involved in a major bank heist. (Hollywood Reporter)

TNT is said to have renewed medical drama Hawthorne for a ten-episode third season, according to Deadline's Nellie Andreeva. Official word of the pickup will apparently come today. (Deadline)

Denise Richards has been cast in Season Two of Spike's Blue Mountain State, where she will play "the coach's contentious and meddling ex-wife Debra who adds to his troubles as he must deliver a winning season." (Hollywood Reporter)

BBC Two has renewed comedy Rev, created by and starring Tom Hollander, from Simon Pegg and Nira Park's Big Talk Prods. Series revolves around an inner city priest and is set to return for a second season in Fall of 2011, while the US cable networks are said to be sniffing around a potential American remake. (Deadline)

In other UK-centric news, Comedy Central has given a pilot order to a US remake of BBC Two's Time Trumpet, created by Armando Iannucci, which offers a take on the current news from the perspective of the future. Should it be ordered to series, the format would likely launch in late 2011 or 2012. (Hollywood Reporter)

Syfy has promoted three executives: Tim Krubsack has been upped to senior VP of alternative programming, Lucia Gervino to senior VP of production, and Erika Kennair will now serve as VP of original programming and development. (Variety)

Rebecca said…
HawthoRNe get renewed but My Boys gets cancelled? What is basic cable thinking?!

Also, isn't David Fury the second executve producer to run screaming away from working with Brannon Braga? Wasn't there a thing last year with Goyer and Flashforward?
9/15/2010