The Daily Beast: "Community: The NBC Comedy is Shelved Until Later, But Why?" 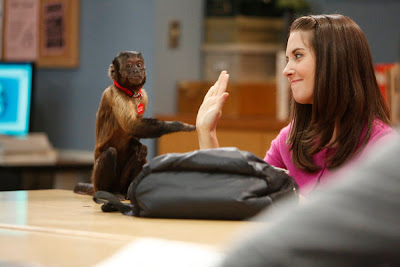 I explore NBC’s decision to hold Community until an undisclosed later date, which arrives during a television season that lowers the bar on expectations and on success.

At The Daily Beast, you can read my latest feature, "Community: The NBC Comedy is Shelved Until Later, But Why?" in which I explore some of the reasons why NBC opted to hold Community until a later date.

Community will not be returning on Friday, October 19, and will instead remain in limbo for the foreseeable future. While the news left Greendale fans panicking, the network claims it has made the late decision because NBC had focused promotional support on the network’s Monday, Tuesday, and Wednesday lineups, apparently forgetting about the existence of Community and Whitney, which were meant to return next Friday. The two low-rated comedies may instead end up filling in for the network’s other trouble spots in the coming weeks or months.

While this sort of network scheduling second-guessing is only too common these days, it comes at an odd time, both for Community and for NBC and for the broadcasters in general. While a handful of shows have received full season orders, it is head scratching that the networks have still yet to even cancel a single underperforming new series this year. (Yes, even The Mob Doctor remains on the air.) Usually, by this time, one or several shows have gotten the axe, sometimes after just as little as two episodes on air.

But the 2012-13 season proves that the bar for keeping a show on is much, much lower than perhaps ever before. Fox’s The Mob Doctor is clinging to life with a 0.9 in the demo on a Monday night. Even CBS has had to make do with a 0.8 in the adults 18-49 demo for its barely-hanging on legal drama Made in Jersey on a Friday night (beaten even by Fox’s Fringe), opting to keep the show on the air instead of canning it. And when things are sinking at CBS, the television equivalent of the land of milk and honey, things are really, really bad.

Despite the fact that the networks all have held back a number of shows for midseason, they appear to be fearful of swapping them out for what they’ve got on air now. (After all, they’ve already spent millions in advertising, promotion, and press for these duds.) So it might be a case of trying to recoup ad money while they still can while saving their later shows for when things really get bad. But that doesn’t change the fact that many of these shows—as least as largely determined by the outmoded viewership metrics that remain in place—are being more or less rejected by America.