The Daily Beast: "Parenthood: In Praise of Ray Romano" 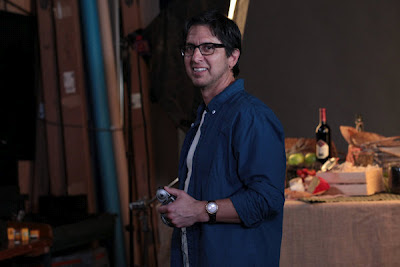 Everybody loves Raymond, after all. I praise Ray Romano’s stunning performance as grumpy photographer Hank Rizzoli on NBC’s Parenthood, and declare myself a fan.

Over at The Daily Beast, you can read my latest feature, "Parenthood: In Praise of Ray Romano," in which I do just that: praise the outstanding performance of Romano on NBC's underrated drama Parenthood, and discover that I am a Romano fan, after all.

I have never been a Ray Romano fan.

That seems like a good place to start. I couldn’t stomach Everybody Loves Raymond, Romano’s long-running CBS sitcom and, despite the coaxing of many critic friends, I never got into his short-lived TNT drama Men of a Certain Age. Romano has always seemed far too nebbishy and whiny for my liking. While that’s worked for him, I had never fallen for the comedian’s charms.

That has changed irrevocably with Romano’s fantastic turn on Parenthood, which airs Tuesdays at 10 p.m. Thanks to his performance on the Jason Katims-created drama, I now count myself as a member of the Romano faithful.

For those not watching, the brilliant but underrated Parenthood—very loosely based on the 1989 Steve Martin film of the same name—follows the highs and lows of the Berkeley-based Braverman clan. Now in its fourth season, viewers know to watch Parenthood with a box of Kleenex nearby, since engaging with this bittersweet melodrama—a mix of laughter, heartfelt sighs, and outright sobbing—is perhaps the most cathartic experience on television.

No other show (or not since Katims’ previous weepy, Friday Night Lights) produces so many tears, or so much sentiment. By handling its characters with such painstaking realism and earned—rather than manufactured—emotion, Parenthood creates a window into a family that may or may not be like our own, but resonates.

Which is why I initially reacted so strongly to Romano’s casting as grumpy photographer Hank Rizzoli, who would serve as the employer to Lauren Graham’s floundering Sarah Braverman. Hired to photograph the Bravermans for a family photo, Hank reluctantly takes Sarah on as an assistant, despite the fact that she knows nothing about photography, and is clearly intended to drive a wedge between Sarah and her fiancé, Mark (Jason Ritter), this season.