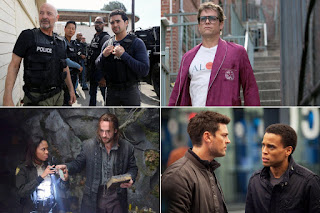 At The Daily Beast, you can read my latest feature, "Bring On the New Shows!" in which I start to round up what new television shows the broadcast networks have ordered so far for the 2013-14 season. (It will continue to be updated with each new series order over the next week.)

It's that time of year again! I take a look at the new series that are coming to television next season, as the broadcast network upfront presentations get underway next week.

Keep checking this space for the latest updates as the broadcasters prepare to unveil several dozen new shows for the 2013-14 season.