BuzzFeed: "12 Objects That Defined The Year In Television" 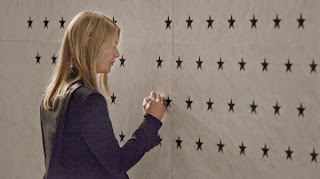 From Breaking Bad’s stevia packet to Girls’ Q-tip, here are some of the pivotal objects that sum up scripted television in 2013. SPOILER ALERT for a ton of shows if you’re not caught up. You’ve been warned.

At BuzzFeed, you can read my latest feature, "12 Objects That Defined The Year In Television," in which I look at the 12 objects that roughly define 2013 in scripted television, from a Q-tip on Girls and a Sharpie on Homeland to an automobile on Downton Abbey and that Cytron card on Scandal. 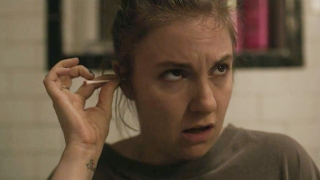 Where It Appeared: Girls
What It Was: A seemingly innocuous Q-Tip, used repeatedly by Hannah (Lena Dunham), whose OCD was quickly spiraling out of control, to clean out her ears. But she inserted it too deeply into her inner ear canal.
What It Did: It punctured her eardrum (“I heard hissing,” she later said), leading Hannah to seek medical attention at the hospital.
What It Meant: That Hannah had truly hit rock bottom with her psychological condition and that she had seemingly lost control of her life and mental state. It was an excruciating scene to watch, not just because of the physical discomfort it manifested, but for the emotional fallout it wrought: At the end of the episode, she inserted a Q-Tip into her other ear and started counting once more.