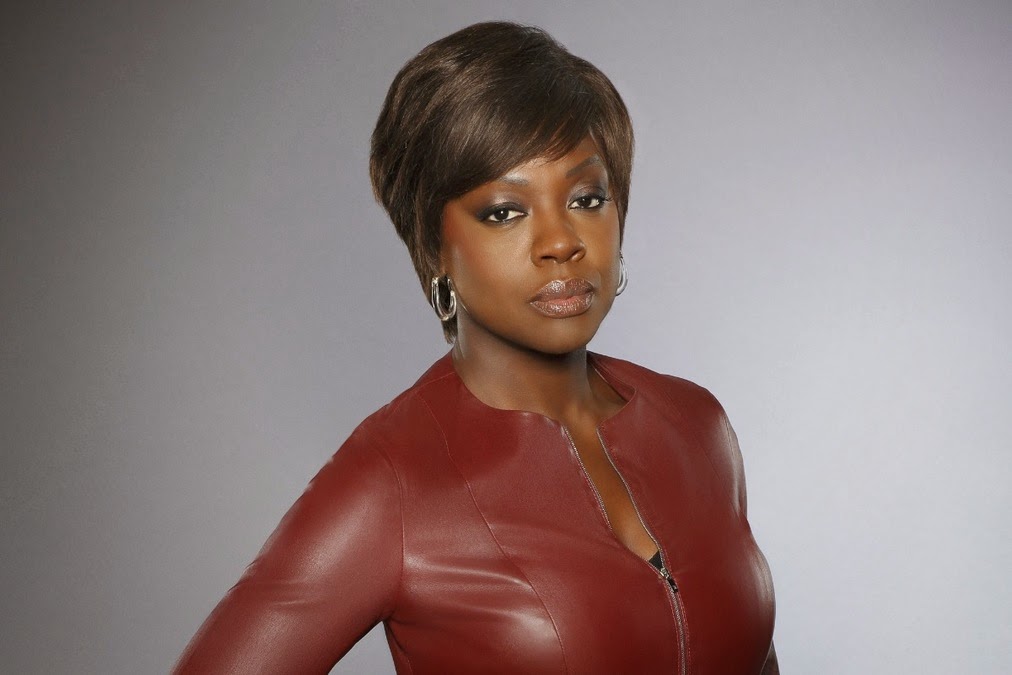 The Shonda Rhimes-executive produced legal thriller might be pushing some boundaries, but its over-reliance on a wonky narrative device is leaving something to be desired. Warning: Contains spoilers if you are not up to date on the show.

At BuzzFeed, you can read my latest feature, "How To Get Away With Murder Doesn’t Quite Get Away With Its Framing Device," in which I examine the Shonda Rhimes-executive produced thriller and look at the way in which the show constructs its framing device... and falls short as a result.

There are many things for which How to Get Away With Murder — from creator Peter Nowalk and executive producer Shonda Rhimes — ought to be celebrated. ABC’s new legal thriller, which has aired two episodes to date, follows the Rhimes-ian ideals of its forebears, resulting in a show that is thoroughly modern and diverse, brimming with complicated characters who are inherently flawed and yet innately watchable.

Likewise, the show has already challenged several conventions of television, potentially depicting the first broadcast use of analingus (surely, this hasn’t happened on network television before) and positioning a middle-aged black woman front and center while reveling in its depictions of her sexuality. In the pilot episode, Viola Davis’ Annalise Keating is shown receiving oral sex from a man who is most definitely not her husband. It’s a brave and bold start, intended to shock, and it announces that Annalise is not going to be powerful but desexualized, nor is she going to be the one merely doling out pleasure to someone else. The show’s second episode followed up by having Annalise beg her cop boyfriend for help only to go home and engage in sex with her husband — whom she now suspects of murdering one of his students — only to roll over, a single tear falling from her left eye.

It’s a telling moment about Annalise’s complexity and further jumpstarts the sexual politics on display within the show, and it’s a milestone in terms of representation that it’s Davis who is so far engaged in these bedroom gymnastics; it’s rare to find a dark-skinned black woman on television who is presented as a sexual being in a positive or even neutral way.

But despite the impressive themes at work within How to Get Away With Murder, there are two narratives within the show that continue to jostle, rather unsuccessfully, against once another, even this early on in the series’ run. There’s the overarching narrative, one in which Annalise has put together a team of young law students — including Alfred Enoch’s naïve Wes, Aja Naomi King’s ambitious Michaela, Matt McGorry’s slimy Asher, Karla Souza’s timid Laurel, and Jack Falahee’s sly Connor — and has them assist her with a case of the week, Good Wife-style. In the second episode, they were tasked with undermining the prosecution’s case against Annalise’s client, an eccentric Colin Sweeney-esque millionaire (Steven Weber) who may have murdered his wife. The students flounder, they figure things out, they learn, and they end up helping Annalise. It’s a pretty precise formula, one that has worked for The Good Wife and countless other legal procedural dramas.

Then there’s the other narrative at play here, one that is set several months in the future and which finds the aforementioned law students attempting to — you guessed it! — get away with murder, in this case the murder of Annalise’s possibly-no-good husband Sam (Tom Verica), revealed to be the body at the end of the pilot. The students conspire, using information gleaned from Annalise’s law class — whose nickname is the title of the show — in order to seemingly cover up a killing committed by… Well, it’s not entirely clear just yet whodunnit or why. Or even if Sam is an innocent victim or something more.