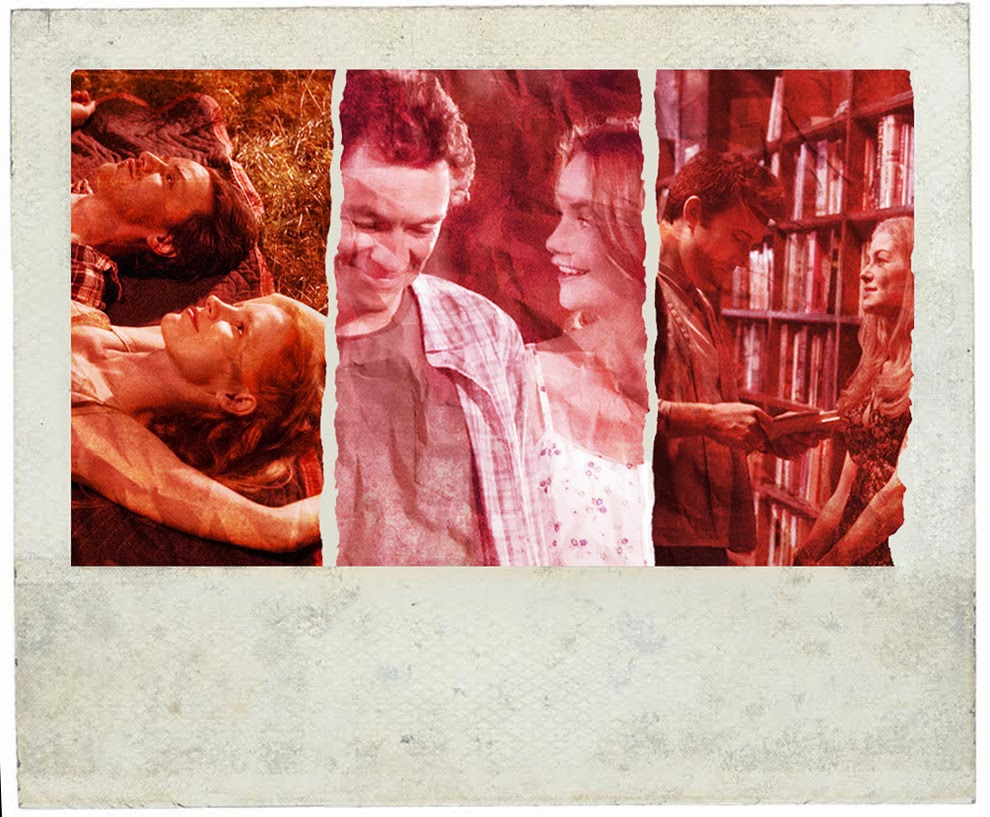 The new Showtime drama joins movies Gone Girl and The Disappearance of Eleanor Rigby in its exploration of gender wars, a topic that’s currently heating up the pop culture landscape. Warning: Minor spoilers for both films and the series ahead.

At BuzzFeed, you can read my latest feature, "The Affair Advances Hollywood’s Heated War-Between-The-Sexes Conversation," in which I review Showtime's The Affair and examine it in the context of the similarly themed battle-of-the-sexes dramas Gone Girl and The Disappearance of Eleanor Rigby.

While we can attempt to empathize, it’s impossible to truly ever know every crevice of someone’s psyche, whether it’s the stranger you pass in the street or your own spouse. Other people are innately unknowable.

Gone Girl, whose gender politics have been hotly debated, takes this notion to an operatic and hyper-intense place as the audience is forced to contend with the unreliability of two narrators — Nick Dunne (Ben Affleck), the seemingly perfect husband with a quick and easy smile, and Amy Dunne (Rosamund Pike), a Cool Girl with her sharp nails very much intact. The plot of Gillian Flynn’s novel Gone Girl and the subsequent film adaptation, also written by Flynn and directed by David Fincher, toys with the preconceptions of the viewer, jumping back and forth between male and female perspective, between past and present, between fact and fiction, in a tantalizing and telling way, though it never attempts to capture the realities of everyday marriage. The more realistic film The Disappearance of Eleanor Rigby: Them presents the complete breakdown of the marriage between Eleanor Rigby (Jessica Chastain) and Connor Ludlow (James McAvoy), flitting between his and her viewpoints as they attempt to regain their equilibrium in the face of searing loss. It’s the grounded and ultimately gut-wrenching counterpoint to Gone Girl, depicting both sides of their struggle with poignancy and grit. If Gone Girl is the cinematic equivalent of a head-on collision, Eleanor Rigby is more like a glancing blow that nonetheless ends up destroying you.

In their own ways, neither film is easy to watch as they portray the vast chasm of perception between the male and female characters — and each is structured in a way that borrows from the mystery format: Did Nick kill Amy? Just what are Eleanor and Connor running from? They achieve their ends in very different ways, however: Gone Girl builds to a Grand Guignol crescendo of horror, while Eleanor Rigby ultimately parcels out the central issue between the estranged couple, posing the question of whether two people, having fallen apart, can ever grow back together. Eleanor Rigby, as a result, becomes a film of two halves — his and hers — as it shifts between the female and male views of the couple. The couple here is far more reliable than Amy and Nick, and Eleanor Rigby director Ned Benson goes to lengths so that neither appears wholly responsible for the breakdown in their marriage — they’re both relatable and relatably flawed. The director actually created three films out of the material that he shot on the project: Them and Him and Her, which are being released in select theaters this weekend, showing the extremes of perspective that unfold over the course of their plots.