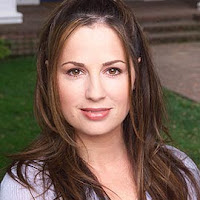 Sean McNamara is about to get a new love interest.

FX has announced that it has cast Paula Marshall (Veronica Mars) in at least four episodes of drama Nip/Tuck next season. It's unclear what her character will be, but it's understood that Marshall will be playing a new love interest for Sean (Dylan Walsh).
Also on the docket: pay increases for Walsh and co-star Julian McMahon, who are set to return for a fifth season of Nip/Tuck, which began filming earlier this week, albeit with significant salary bumps.
Both have received seven-figure bonuses on top of their 5% increases, bringing their wages to roughly $3 million or $125,000 an episode, giving each of them a 25% increase from Season Four.
Nip/Tuck's fourth season ended with with Sean and Christian pulling up stakes and heading out to Los Angeles, where they have opened a new practice in a city where appearances are the only real currency.

Unknown said…
Wow. I love Nip/Tuck but can anyone really do anything worth $3M a year? CEOs, I'm talking to you especially! They're even worse than the actors who get $30M a picture.

Andy said…
Marvelous one!!It was the first time in ages a TV show made me cry. I LOVE that ending. Great acting, humorous and a lesson learned at the end of each episode is icing on the cake.
11/11/2008