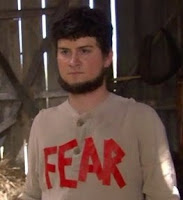 Good morning and welcome to your morning television briefing.

Universal Media Studios has signed The Office writer/producer Michael Schur to a hefty seven-figure overall deal, under which he will create, develop, and executive produce comedy series for the studio. The newly minted deal includes Schur's writing/producing services on the untitled comedy that he and Greg Daniels are developing for Amy Poehler; he'll serve as co-creator/executive producer on the pilot, set to shoot in January (after the birth of Poehler's baby in October), alongside Daniels. Four writers so far have been hired on the untitled Poehler comedy (which will also star Aziz Ansari), which seems to have neither a title nor an available concept. Schur, meanwhile, will continue to write occasionally on The Office and could appear on-screen again as Dwight's cousin Mose. (Variety)

CBS has revealed its lineup of sixteen contestants for the thirteenth edition of reality series The Amazing Race, which kicks off on September 28th. Among the players competing for the million-dollar prize and the approval of host Phil Keoghan are a pair of married beekeepers, geeky best friends (one is the treasurer of Comic-Con), fraternity brothers, a former Dallas Cowboys cheerleader and her actor brother, an ex-NFL player and his estranged wife, recent divorcees, and Southern belles. Starting in Los Angeles, look for the teams to make pit stops in Brazil, Bolivia, Russia, India, and Kazakhstan. (Associated Press)

Holy stunt casting, Batman! Fred Willard (Back to You) and Kerri Kenney (Reno 911!) will guest star in a November episode of ABC's Pushing Daisies. Willard is set to play the Great Hermann, a famous illusionist who gets murdered, while Kenney will play his assistant Alexandria. Elsewhere, Orlando Jones will join the cast of CBS' Rules of Engagement in a recurring role as Brad, a new neighbor for Jeff (Patrick Warburton). And look for Elizabeth Banks and Scott Foley to make return trips to Scrubs. (Entertainment Weekly's Ausiello Files)

Courtney B. Vance has joined the cast of NBC's ER, entering its fifteenth season this fall, and will appear in as Russell Banfield in a multiple-episode story arc opposite real-life wife Angela Bassett. Casting marks first time that Vance and Bassett have appeared on-screen together.

Gina McKee (Atonement) and Jeremy Northam (The Tudors) have been cast in Fiona's Story, a one-off drama for BBC One about a year in the life of a woman who tries to keep her family together after her husband is accused of downloading images of child sexual abuse from the Internet. Drama also stars Jimi Mistry, Claire Bloom, Nicholas Farrell, and Amanda Root. (BBC)

Anonymous said…
Michael Schur is one of the best writers on The Office and, no matter what the concept is, I'm excited to see what he and Greg Daniels come up with for the equally funny Amy Poehler!
8/19/2008

Danielle C.F. Maris said…
Fred Willard on Pushing Daisies? Marvelous! After appearances by Molly Shannon and Paul Reubens, they're giving 30 Rock a run for their money for best guest casting ever!
8/19/2008

Anonymous said…
Just looked at the picture of the AR contestants - holy tie dye! I wonder if those are the bee keepers, or just run-of-the-mill hippies.
8/19/2008