More Series Orders at the Peacock: The Event, Love Bites and Outsourced Get Greenlights 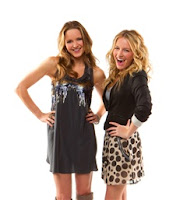 J.J. Abrams espionage dramedy Undercovers is about to get some company.

NBC today announced three more series orders for this fall, issuing greenlights to thriller The Event, romantic anthology Love Bites and comedy Outsourced. All three were much-buzzed about pilots the last few weeks with NBC widely expected to order all of them to series.

"Each of these three series reflects a unique point of view and distinct style of quality that fits perfectly with NBC’s dedication to rebuilding the schedule," said Angela Bromstad, President, Primetime Entertainment, NBC and Universal Media Studios, in a statement. "These series showcase excellent writing and casting, and represent the kind of scripted programming our network and studio are committed to producing."

[Editor: having read all three scripts, I'm scratching my head the most about The Event, which I found to be a ludicrous thriller with an unsurprising "surprise" twist at the end of the first hour. Did they not learn their lesson with Day One? Or are they desperate to find a replacement for Heroes?]

The full press release from NBC can be found below, along with descriptions and casting for each of the three new series, all of which will join the 2010-11 schedule.

NBC PICKS UP THREE NEW SERIES FOR 2010-11 SEASON WITH ‘THE EVENT,’ ‘OUTSOURCED’ AND ‘LOVE BITES’
UNIVERSAL CITY, Calif. – May 7, 2010 – NBC has given series pickups for its 2010-11 season to the dramatic thriller "The Event," the comedy "Outsourced" and the romantic anthology series "Love Bites."

The announcement was made today by Angela Bromstad, President, Primetime Entertainment, NBC and Universal Media Studios.

"Each of these three series reflects a unique point of view and distinct style of quality that fits perfectly with NBC’s dedication to rebuilding the schedule," said Bromstad. "These series showcase excellent writing and casting, and represent the kind of scripted programming our network and studio are committed to producing."

"The Event" is an emotional high-octane conspiracy thriller that follows Sean Walker (Jason Ritter, "The Class"), an Everyman who investigates the mysterious disappearance of his fiancée, Leila (Sarah Roemer, "Disturbia"), and unwittingly begins to expose the biggest cover-up in U.S. history. Sean's quest will send ripples through the lives of an eclectic band of strangers, including: newly elected U.S. President Martinez (Blair Underwood, "Dirty Sexy Money"); Sophia (Emmy Award nominee Laura Innes, "ER"), who is the leader of a mysterious group of detainees; and Sean’s shadowy father-in-law (Scott Patterson, "Gilmore Girls"). Their futures are on a collision course in a global conspiracy that could ultimately change the fate of mankind.

“Outsourced” is a comedy where the Midwest meets the exotic East in a hilarious culture clash. The series centers on the all-American company Mid America Novelties that sells whoopee cushions, foam fingers and wallets made of bacon -- and whose call center has suddenly been outsourced to India. Todd Dempsy (Ben Rappaport, off-Broadway's “The Gingerbread House”) is the new company’s manager who learns that he’s being transferred to India to run the operation.

Overwhelmed, Todd discovers that his new staff needs a crash course in all things American if they are to understand the U.S. product line and ramp up sales from halfway around the world. But as strange as America seems to his eclectic sales team, Todd soon realizes that figuring out India will be more than a full-time job. Rizwan Manji (“Privileged”), Sacha Dhawan (BBC’s “Five Days II”), Rebecca Hazlewood (BBC’s “Doctors”), Parvesh Cheena (“Help Me Help You”), and Anisha Nagarajan (Broadway’s “Bombay Dreams”) also star as members of Dempsy’s off-shore team; Diedrich Bader (“The Drew Carey Show”) and Jessica Gower (Network Ten’s “The Secret Life of Us”) additionally star.

Becki Newton (“Ugly Betty”) stars as Annie and Jordana Spiro (“My Boys”) stars as Frannie, the last two single girls standing after all of their friends get married. Annie is an infectiously bubbly optimist and Frannie is an always-a-bridesmaid realist. Their story will anchor the series, while other romantically-challenged characters will come and go each week.

Hadley said…
I just recently saw the Outsourced film (that I'm assuming the show is based on) and it was surprisingly good. I'd never heard of it before but it was funny and quirky and sweet. Hopefully, the show will be as good!
5/07/2010

Anonymous said…
The Event must be downright awful if you thought The Cape was the better of the two.
5/07/2010