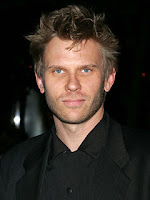 Welcome to your (slightly delayed) Thursday morning television briefing. A few headlines to get through on Emmy nomination day...

Score another genre hit for Mark Pellegrino. The former Lost and Supernatural co-star is heading to Syfy's US adaptation of supernatural drama Being Human, where he will play Bishop, described as the "charismatic and menacing mentor" to Sam Witwer's vampire Aidan. Pellegrino's casting nearly rounds out the cast for the American adaptation, though there's still one role outstanding (that would be Josh, the werewolf, though there have been rumblings about several actors auditioning for the role). Elsewhere, Patrick J. Adams (Friends With Benefits) has been cast as the lead in USA legal drama A Legal Mind, where he will play Mike Ross, described as "a brilliant but unmotivated college student who gets recruited by a top Manhattan corporate law firm despite not being a lawyer" and who must "use his book and street smarts and hustling skills to keep the charade." (Deadline)

In a bit of absolutely amazing casting, Richard Dreyfuss will appear in at least four episodes of Showtime's Weeds, which returns for its sixth season on August 16th. While the pay cabler is keeping a tight lid on just who Dreyfuss will be playing, Showtime revealed that he will play "an unexpected character" who previously crossed paths with Mary-Louise Parker's Nancy Botwin. Hmmm... (via press release)

Entertainment Weekly's Michael Ausiello is reporting that Marg Helgenberger is staying put on CBS' CSI following the successful conclusion of her new contract. "With Helgenberger’s deal done, the spotlight shifts to fellow CSI vets George Eads (Nick), Eric Szmanda (Greg), and Paul Guilfoyle (Jim), all of whom are negotiating new deals ahead of the show’s 11th season," writes Ausiello. "Jorja Fox is also in talks to return in some capacity. Liz Vassey, meanwhile, will not be back." (Entertainment Weekly's Ausiello Files)

Alec Baldwin has reiterated his claims that he'll be leaving the cast of NBC's 30 Rock in 2012, when his contract with the Universal Media Studios-produced comedy expires. "As much as I like acting,I know that I would love to have a different life," Baldwin told CNN's Alina Cho. "A private life... I think that doing this now for a living has become really, really hard. I would rather go do other things, and [with] whatever amount of time I have left in my life, have a normal life." (via Vulture)

Which shows aren't going to be at San Diego Comic-Con this year? The Hollywood Reporter's James Hibberd rounds up the few television series that won't be making the trek down to San Diego, including Undercovers, Game of Thrones, $#*! My Dad Says, Haven, Doctor Who, Torchwood, and Conan O'Brien. And, oh, the reasons why they won't be down there. (Hollywood Reporter's The Live Feed)

Skeet Ulrich (Jericho) has been cast as one of the leads in NBC's upcoming Law & Order spinoff Law & Order: Los Angeles. Production on the series, from executive producer Dick Wolf, is slated to begin later this month. (Hollywood Reporter)

Vulture's Josef Adalian is reporting that ABC has opted to drop the mockumentary format from its upcoming cop drama Detroit 1-8-7. "The idea of dropping Detroit’s faux doc format was first brought up even before ABC officially ordered the show in May (though as recently as Tuesday, the network's online press materials still included the conceit in the show's description)," writes Adalian. "ABC is also launching another mockumentary-style series in the fall — My Generation, a soapy relationship drama which revolves around a group of pals who've been harassed by documentary makers since they were high school seniors back in 2000 — so one wonders if the network decided that three such shows (counting Modern Family) might test viewers’s patience. Detroit executive producers Jason Richman and David Zabel, however, say that wasn’t the motivating reason for the decision." As for the actual reason, the producers say that ABC found the narrative strong enough without the documentary conceit... and film crews are now banned from accompanying police officers on ride-alongs in Detroit, as of May. Art imitates life? (Vulture)

TV Land has ordered 20 additional episodes for its comedy Hot in Cleveland, a major sign of confidence in the series, which stars Jane Leeves, Valerie Bertinelli, Wendie Malick, and Betty White, as the initial commitment was only for ten installments. (via press release)

CBS has signed a blind script deal with writer Tom Spezialy (Desperate Housewives) through CBS Television Studios, under which he will write a new series project for the network... and won't be able to take the project elsewhere should a similar situation emerge as it did with Spezialy's last project, the 20th Century Fox Television-produced Chaos. (Variety)

Eric Lange (Lost) has been cast in a recurring role on Season Six of Showtime's Weeds, which launches next month. Lange will play Ellis Tate, described as "an old classmate of Nancy's." Further details were not immediately available as the pay cabler is keeping casting information very close to the vest this season. (Hollywood Reporter)

TeenNick's Degrassi will return to the schedule for its tenth season on July 19th (with a two-hour opener) and will then air Mondays through Thursdays before wrapping on August 26th. (Variety)

Heatherette said…
I'm surprised that Game of Thrones won't have a presence at Comic-Con and Undercovers too. Especially since JJ Abrams is going to be there.
7/08/2010