The Daily Beast: "Mad Men: Matthew Weiner and Christina Hendricks Dissect 5 Scenes From ‘The Other Woman’" 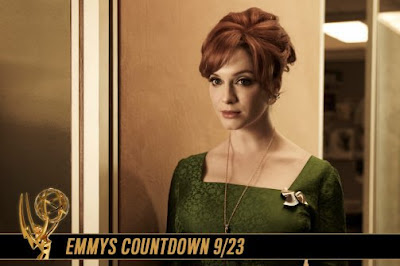 Mad Men’s creator Matthew Weiner and star Christina Hendricks go deep into five pivotal scenes from the Emmy-nominated episode “The Other Woman” in the second of a two-part conversation. Read Part 1 here.

At The Daily Beast, you can read my latest feature, "Mad Men: Matthew Weiner and Christina Hendricks Dissect 5 Scenes From ‘The Other Woman,’" in which Weiner and Hendricks discuss five scenes from Season Five's controversial Joan-centric episode, "The Other Woman."

In Mad Men’s controversial fifth season episode “The Other Woman,” Christina Hendricks’ Joan Harris is offered an indecent proposal: sleep with the head of the Jaguar dealership association and receive a partnership in Sterling Cooper Draper Pryce. Over the course of the episode, Hendricks’ Joan battles with the decision, ultimately choosing to sell her body for a seat at the table next to the men.

In Part 2 of a two-part deconstruction of “The Other Woman,” series creator Matthew Weiner and Emmy nominee Christina Hendricks dissect five sequences from the Emmy Award-nominated installment. What follows is an edited transcript from that conversation. (You can read Part 1 of this story here.)

Christina Hendricks: People’s reaction to that is, “Oh, Pete, he’s the worst, he’s the creepiest.” He’s not doing anything worse than what everyone else does in the episode, to be quite honest. He brings up the topic for the first time, but if he didn’t, who knows if someone else wouldn’t have stepped in and done it?

Matthew Weiner: He brings it up in a very clever way, which is like a tabloid version. He’s morally outraged by the suggestion and, by the way, what do you think of it?

Hendricks: Yes, yes, I find that to be utterly amusing. I could watch Vincent [Kartheiser] do that scene over and over again.

Weiner: What you’re seeing is a really great, persuasive, morally complex idea, and we love this slippery slope thing. He brings it up, and he has this smile when he stands up and when she says, “you couldn’t afford it,” because that means something different to a salesman than it means to you and me. To a salesman, it’s a crack in the door. His logic is: we’ve all made mistakes for nothing. Are we honestly supposed to think that Joan has never slept with a client? Don has slept with two that we know of. When the Japanese came in for the pitch, they put her front and center. She is the entry to the office and they show her off in all of her beauty and her power. That’s why I love when she says, “how does that come up?” None of this is new in a weird way.