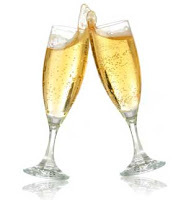 Televisionary is five years old today. I want to thank all of you loyal readers who have made this site the success that it is today.

For those of you who haven't been around as long as Televisionary itself, the site has gone through several iterations over the past five years, but has always been an outlet for me to specifically write about television.

When I first started Televisionary back in February of 2006, I was working in the television industry and started the site as a way to discuss television outside of the office in more critical terms and sidestep some of the conventions of the development (and later acquisitions) discussions that these conversations tended to fall into during the day.

This was before the pink-slip that changed everything (I'm looking at you, Autumn 2008) but changes in job situations, marital status, and the economy had yet to occur when I first sat down to write Televisionary's first post (which, if I remember correctly was about the UK and US versions of The Office) and decided to pursue a path that would get me back to my grad school training.

Way back when, a few dozen readers who dropped by each day, but, amid an increasingly competitive landscape, Televisionary has blossomed over the last five years, into something much bigger than I ever dared dream.

In the days of semi-unemployment, I gave it my full and undivided attention and utilized the emerging social networking tools to brand myself and the site, landing freelance writing jobs with The Los Angeles Times and The Daily Beast, among others, all while continuing to keep the site humming along.

Last year, I was made the TV Columnist for The Daily Beast after freelancing for them for roughly a year. Now under contract with the IAC-owned company (which is itself merging with Newsweek), it's with a great deal of pride that I look back on the first steps that got me to this place and those tentative early posts on Televisionary. It's been an adjustment juggling both but I hope that this site continues to offer a critical perspective on programming and a community for people who realize the creative opportunities and rewards that television offers.

At the end of the day, while we may not always see eye to eye on everything (television is, after all, a subjective art), I hope that I've been able to share my passion and love for this medium while entertaining, informing, and maybe even coercing you into watching some series you might not have watched otherwise.

So please join me in raising a glass of champagne (and your remote) and toasting five great years of Televisionary and, hopefully, many more to come.

Kath said…
Congratulations on 5 years of television writing, Jace! I'm glad Televisionary has led to so many wonderful things for you.
2/04/2011

Congratulations on your accomplishments!
2/04/2011

Mazza said…
In internet time five years is a lifetime! Congrats, Jace! Here's to another five years of brilliant insight.
2/04/2011

Tempest said…
Congrats! In celebration, shouldn't we all take off work and watch our favorite episodes of Verionica Mars, Lost, Chuck, White Collar, Fringe, or other favorite Televisionary shows?
2/04/2011

Yes. Yes, you should. (And throw in some Community, Parks and Recreation, Twin Peaks, Buffy, and Spaced in for good measure.)
2/04/2011

Bella Spruce said…
Congratulations! And thanks for all of the great work that you do!!!
2/04/2011

kat said…
Congratulations! I enjoy reading your thoughts and insights about TV. Here's to many more years!
2/04/2011