BuzzFeed: "The Midseason Finale Of Mad Men Is One Giant Leap Forward" 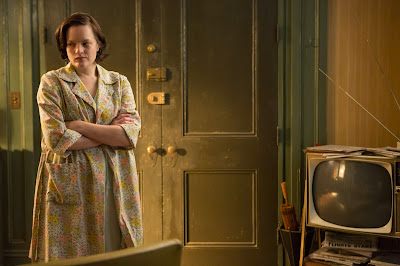 Don’t be fooled: Matthew Weiner’s period drama has always been about the future. Warning: contains spoilers for “Waterloo.”

At BuzzFeed, you can read my latest feature, "The Midseason Finale Of Mad Men Is One Giant Leap Forward," in which I review the midseason finale of AMC's Mad Men ("Waterloo"), which represents a giant leap forward for the characters and for the show itself.

For a show about the past, Mad Men has always been about the desperate pressing of the future against the figurative glass. In looking back to the 1960s, the show has held up a tarnished mirror to our own society, our own failings, our own future. A moon landing is full of promise; an old man lives just long enough to see the impossible made possible. Old ways — and the literal old guard — slip away. Companies perish and new ones are formed. Alliances, once fractured, are renewed.

This dance is eternal, the combustive pressure between the past and the future, between cynicism and hope. That embrace that occurs towards the end of the episode, between Don (Jon Hamm) and Peggy (Elisabeth Moss), is more than just a hug: it’s a willing and proud acceptance of a new order.

The midseason finale of Mad Men (“Waterloo”), written by Carly Wray and Matthew Weiner and directed by Weiner, potentially revealed the series’ endgame as the countdown to the show’s finale began. (Unfortunately for us, Mad Men’s seven final episodes won’t air until sometime in 2015.) It is a superlative piece of television that captures the hope and beauty (and awe) of the 1969 moon landing and juxtaposes against the potential collapse of Sterling Cooper and Partners, as the struggle between disintegration and cohesion takes place behind the scenes.
Much discussion is made of how people react to the future, whether it’s with cynicism (Sally, initially) or fear (Ginsberg, alarmed to the point of insanity by the IMB 360 computer), resignation (Kevin Rahm’s Ted Chaough) or acceptance. Influenced by a cute boy, Sally (Kiernan Shipka) initially recoils against the possibilities that the future offers, seeing only a cynical view of the cost of the moon landing, rather than what it means for mankind, sitting on the shoulders of giants. The cost of all things weighs heavily on the show; the characters after all are always selling something: a product, the false lure of a happy life, the emblems of happy hearths and childhoods. (Christina Hendricks’ Joan even sold herself at one point.) And the moon landing was an expensive, if seismic, moment in the history of humankind: As we’re reminded, it cost $25 billion, though that seems a small amount for such a monumental leap forward.