Televisionary's Interviews with the Cast and Creators of ABC's "Lost" Now Live! 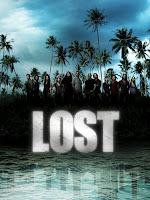 I've gotten many, many emails from readers wondering where and when they could see my recent interviews with the cast and crew of ABC's Lost.

My recent interviews with Lost's executive producers Damon Lindelof and Carlton Cuse and cast members Matthew Fox, Evangeline Lilly, and Michael Emerson about the rest of Season Five are now live at the Sky1 website. (Sky1 is the UK home of Lost, which airs Stateside on ABC.)

You can watch my interview with Damon Lindelof and Carlton Cuse here and my interviews with Matthew Fox, Evangeline Lilly, and Michael Emerson here.

Be warned, however, there are some SPOILERS contained therein as Team Darlton talks about Libby's backstory and whether we'll see Walt again and offers up a spoiler about something that's coming up in the next few episodes. Michael Emerson reveals a particularly juicy spoiler about Benjamin Linus' allegiances and Lilly reveals that a rather big decision is coming up in Kate's life... and jokes with me about who Kate would have hooked up with on the island if Jack and Sawyer wouldn't have been there.

What you won't get to see on the video, however, is how much Evangeline Lilly loved my stripey Paul Smith socks and Damon's answer about the island's name. (Sorry, guys!)


SKY1 SPEAKS TO THE CAST OF LOST:


What do you think? Are you upset that Damon and Carlton aren't planning any resolution for Libby's backstory? Do you think that Walt's story is done for good? Are you shocked that Ben works for more people than we've ever thought? Whah?!? Discuss.

Anonymous said…
Great interviews, Jace! I loved Evangeline's answer about how Kate has changed and become more "still" and stopped running. It will be very interesting to see how the new Kate fares back on the island.

And the fact that Ben works for more people? Hmmm....very interesting. Thanks for the excellent tidbits!
3/12/2009

Anonymous said…
I was in withdrawal without Lost on this week so I have to thank you for providing me with a Lost fix! What's it like interviewing Michael Emerson? He seems like a nice guy but I think I would be creeped out being in the same room with Ben Linus.
3/12/2009

Anonymous said…
Mmm well 90% of the question for the fans were about the triangle and there was nothing about it in the interviews. Now I know, for the next time we get a "submit your fan questions"
3/12/2009

Anonymous said…
@Anonymous It was obvious that people were all just asking the same stupid questions about the love triangle. It's not his fault someone posted links on sites asking for shipper questions.

I thought these were great and I am glad that they didn't deal with the whole overplayed Jack/Kate/Sawyer triangle but he asked some interesting questions and we got some great answers.

I'm angry Darlton won't give closure to fans wondering why the hell Libby was in the mental hospital but I hope Walt shows up again as there's still a lot to tell with his story. Plus Ben works for LOTS of people? WTF?!?!?
3/12/2009

True fans of the show care about much more than the love triangle. It's an important part of Lost but certainly not the most important part. I loved the interviews. They were informative and fun and I think that Jace did a great job!

If love triangles are what you're so desperate for, I suggest you watch a soap opera or read a romance novel.
3/12/2009

Debsa said…
Thanks for the article... here's my question...
Why are there some weeks with LOST repeats, I thought ABC would be showing the show uninterrupted since it began airing in January?
3/12/2009

Anonymous said…
Great questions, and as a longtime reader, it was nice to finally put a face/voice to the televisionary!
3/12/2009

Anonymous said…
@theTVaddict I agree! So good to finally get behind the mysterious mask of Jace!

Great interviews and VERY fun reveals from Darlton and the cast even if we don't get the bit about your socks!
3/12/2009

Mazza said…
Loved these interviews, Jace. Who else could Ben work for???? And is Kate's decision about Jack/Sawyer??? Love how Darlton said that Adam and Eve weren't the Biblical Adam & Eve or the dog. And that we're going to see some people we have heard about but haven't seen! HANSO????
3/12/2009

Anonymous said…
I'm very curious to see when Jack will know his purpose and what that purpose will be.
3/12/2009

Anonymous said…
Evangeline Lilly is a gorgeous human being!
3/13/2009

Anonymous said…
Oh that is TOTAL BULL, Damon and Carlton. "Locke spoke for us." So we'll never know why Walt was special, or why he was kidnapped and what the TESTS were that the Others made him take just because you're tired of his character. Another piece of the puzzle that we'll never get because you guys care more about who Kate chooses to have sex with than making sure the show ends without all these nagging unanswered questions.

You're spitting in the faces of all your fans.

Same with Libby. You owe it to us to explain as much as possible.

Just a few of the less obvious questions out of hundreds that are going unanaswered:

Why did only Juliette and the Losties experience time travel on the island and no one else this season?

Where did the food drop come from?

Why did Ben tell Locke to stop pushing the button?

What happened to Desmond's vision of "Claire and her baby" getting on the helicopter? That's the whole reason Charlie died! Did Desmond just STOP having flashes?

Was Kelvin REALLY the last living member of Dharma, or was he sent by the Others to make sure the button was pushed?

If the Others knew how important The Button was, then why didn't they MAKE SURE Desmond pushed it, or at least send him help?

How did Tom get off the island to visit Michael in NY after the sky turned purple?
________
We don't care about stupid love triangles. Go back and watch all the seasons and make a LIST of all the questions you're not answering and GET TO WORK.
3/14/2009

ZachsMind said…
"You owe it to us to explain as much as possible."

Yikes alevesque@gm.slc.edu switch to decaf dude. The people behind Lost don't owe us anything more than a story, and not all stories are perfect. In fact, the best stories leave their audience wanting more, rather than wear out their welcome. Good stories are often imperfect, leaving their audience asking questions and dwelling on possible answers.

It's entirely possible that Walt does have a story in his future, but it may not be one that involves The Island, and it may not be one that's ever told. No matter what else happens on that Island, if Walt gets away suffering only as much as he currently has, if he gets to live out the rest of his life in relative happiness and security, then we already have a happy ending of sorts. The entire rest of the cast could never make it home; at least Walt's not lost anymore.

Libby obviously had a story, but we've already seen how it ends. Her tale ended tragically, and touched some of our Losties ever so briefly, but she's not involved with the narrative as it currently exists. Any story Damon and Carlton told about Libby now would be anticlimactic, because we already know how she ends up, so why dwell on the past? There are far too many more important threads to weave. That one's nice where it is, and pulling on it doesn't dissolve the entire tapestry.