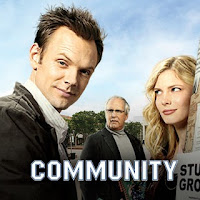 NBC has announced that it will keep its Thursday night lineup intact next season, renewing Community, The Office, and 30 Rock for the 2010-11 season. The news comes on the heels of an early third season pickup for fellow Thursday laffer Parks and Recreation.

"We are happy to give these early pickups to these critically acclaimed, incredibly funny comedies," said Angela Bromstad, President, Primetime Entertainment, NBC and Universal Media Studios, in a statement. "As a result, we look forward to continuing our rewarding partnership with the respective creative teams and talented show-runners for 30 Rock, The Office and Community as they all consistently deliver quality shows.”

The news is especially good for Community, the sole freshman comedy among the pack, which will be returning for Season Two this fall. Renewal comes after Bromstad yesterday said she was "hopeful" about the Sony Pictures Television-produced series returning next season.

The full press release from NBC, which details the renewals, can be found below.

The announcement was made by Angela Bromstad, President, Primetime Entertainment, NBC and Universal Media Studios.

“We are happy to give these early pickups to these critically acclaimed, incredibly funny comedies,” said Bromstad. “As a result, we look forward to continuing our rewarding partnership with the respective creative teams and talented show-runners for ’30 Rock,’ ‘The Office’ and ‘Community’ as they all consistently deliver quality shows.”

First-year comedy "Community" is averaging a 2.7 rating, 7 share in adults 18-49 and 5.9 million viewers overall so far this season, with "Community" originals winning the time period among adults 18-34 and men 18-34. Since moving to the Thursday 8-8:30 p.m. (ET) half-hour on October 8, "Community" has improved the time period by 24 percent versus NBC's adult 18-49 average earlier in the season.

Currently in its fourth season, "30 Rock" is averaging a 3.4 rating, 8 share in adults 18-49 and 6.9 million viewers overall, with "30 Rock" originals winning the time period among men 18-34 and men 18-49 despite airing opposite the concluding half-hours of ABC's "Grey's Anatomy" and CBS's "CSI." "30 Rock" is the most upscale comedy on broadcast primetime television when ranked by its concentration of homes with $100,000-plus incomes in its adult 18-49 audience.

“The Office” is the Emmy Award-winning comedy series from Deedle-Dee Productions, Reveille and Universal Media Studios. The show offers a hilarious documentary-style look into the humorous and sometimes poignant foolishness that plagues the world of 9-to-5 and is based on the award-winning BBC hit. Golden Globe winner and Emmy nominee Steve Carell ("Get Smart," "Little Miss Sunshine") stars as pompous regional manager Michael Scott..

"Parks and Recreation," starring Amy Poehler (NBC’s “Saturday Night Live”), is a production of Deedle-Dee Productions and Universal Media Studios. Along with Greg Daniels (NBC’s “The Office”) and Michael Schur (“The Office”), Howard Klein and David Miner also serve as executive producers for the series.

par3182 said…
The Office is running on fumes right now; hope they get some fresh inspiration for yet another season.
3/05/2010

Anonymous said…
Seems like all these "numbers" stop at age 49. Why? Don't people 50 and over watch tv? I'm 56 and I know I do.. We are quite a large population.
I enjoy all these programs; Big Bang Theory (mentioned in a post) is one of my most favorite! (Im a combination of all the characters, except Raj :) )
Anyway, why "they" don't count an almost captive audience is puzzling to me.
Meran
3/08/2010