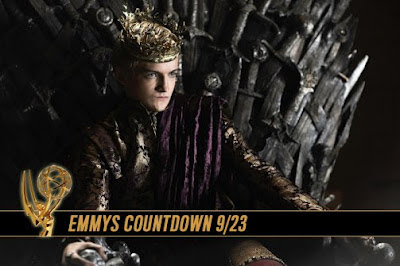 Game of Thrones is beloved by viewers and critics alike. But the Emmy-nominated HBO fantasy drama is also a surprising favorite in the writers’ rooms of TV comedies around Hollywood. I talk to sitcom writers about why they’re obsessed with the sex-and-magic-laden drama, and how the show informs their own narratives.

Fox’s upcoming sitcom The Mindy Project, created by and starring Mindy Kaling, deconstructs the romantic comedy fantasies of its lead character, an ob-gyn whose disappointment in the dating world stems from her obsessive viewing of Nora Ephron films.

At the Television Critics Association Summer Press Tour in July, Kaling was candid about the role that When Harry Met Sally and other rom-coms would play on the show, but also revealed the show might feature shoutouts to HBO’s Game of Thrones, which is nominated for an Emmy Award for Best Drama.

Yet the writers of The Mindy Project are not the only scribes who have fallen under the spell of the ferocious Game of Thrones, which depicts the struggle for control of the Iron Throne of the Seven Kingdoms of Westeros.

“It’s a violent, strange show with lots of sex in it,” Kaling went on to say.

Writers’ rooms—where the plots of television shows are “broken,” in industry parlance—often revolve around discussions of other shows, particularly ones that have a significant hold on the cultural conversation, whether it be Breaking Bad, Mad Men, or Homeland.

“A comedy writers’ room is like a really great dinner party with the smartest and funniest people you’ve ever met,” Parks and Recreation co-executive producer Alexandra Rushfield wrote in an email. Their typical conversations? “The presidential campaign. Whatever articles or books people are reading. Taking wagers on crazy statistics, like how much all the casts in the world combined might weigh. General heckling of co-workers.”

And TV shows such as Game of Thrones that viewers can debate endlessly. Modern Family executive producer Danny Zuker likened Game of Thrones to Lost in terms of the volume of discussion and passionate debate that the show engenders. It’s certainly immersive: five massive novels, two seasons of television, maps, online forums, family trees. Game of Thrones is a show that provokes—or even forces—viewer evaluation, deconstruction, and discussion.

“Many writers that I know are into it,” said Zuker over lunch on the Fox lot. “The setting of the world probably appeals to that nerd that is in most writers… I never played Dungeons & Dragons, but I get why the most disaffected kids who are intelligent and creative did, because in that world you could be powerful…. I basically just described comedy writers.”