The Daily Beast: "Ray Donovan: Is the Liev Schreiber–Led Showtime Drama The Next Sopranos?" 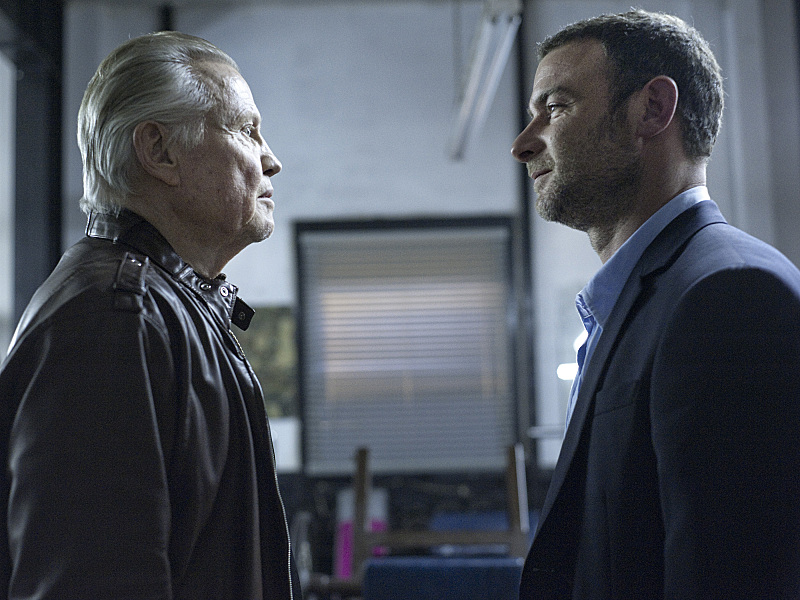 At The Daily Beast, you can read my latest feature, "Ray Donovan: Is the Liev Schreiber–Led Showtime Drama The Next Sopranos?" in which I review Showtime's fantastic new drama Ray Donovan, which premieres on Sunday night at 10 p.m. ET/PT.

The specter of HBO’s still-mourned organized crime family drama The Sopranos, which arguably kicked off the latest golden age of television, can be glimpsed in the foundations of nearly every cable drama that has come since, ushering in an era of the male antihero that has permeated the popular culture.

The Sopranos’s mischievous, malevolent spirit flits through Showtime’s outstanding new drama Ray Donovan, which premieres Sunday night at 10 p.m. Starring Liev Schreiber as the titular character, the show—created by Ann Biderman, who also created the gripping, gritty cop drama Southland—deftly balances matters of crime and punishment, love and enmity, savagery and civility. It’s a drama that’s about the push and pull of the domestic and the professional spheres. And it must be said that Ray Donovan is also about the battle between good and evil, often within the same man.

Schreiber’s Ray is a Hollywood fixer, the sort of hard-boiled figure that you might have to call when you’re a celeb being blackmailed by a transgendered hooker or a basketball star waking up in bed next to a dead woman after a night of heavy drug use. Escaping his rough-and-tumble Irish Catholic past in South Boston, Ray has established himself as an imposing if shady figure in the boardrooms and back lots of Los Angeles, equal parts deterrent and enforcer. The rich and famous—portrayed largely as venal, vapid parasites—pay him handsomely to deal with the messes in which they find themselves. And Ray deals with everything with vicious panache, imposing whether he’s wielding a baseball bat or an unspoken threat.

Ray’s talents in this area have allowed him to set up his family in the tony enclave of Calabasas, where his children and his wife, Abby (Paula Malcomson), exist in a bubble of privilege that is a far cry from their parents’ formative years. Across the city in Hollywood, Ray’s brothers, Bunchy (Dash Mihok) and Terry (British actor Eddie Marsan, excellent here), operate a struggling boxing gym, supported by their brother. Bunchy is a self-described “sexual anorexic,” a recovering addict who was molested by a priest as a boy. Terry is a sullen and solitary ex-boxer with Parkinson’s Disease who is attracted to his nurse, Frances (Brooke Smith), but too afraid to act on it.

Ray’s past is a bit of an enigma, teased out in little morsels over the course of the first few episodes. His sister killed herself as a teenager, and her death continues to paralyze the Donovan boys in intriguing ways. Ray is additionally concealing something terrible, having colluded with his business partners, Ezra Goodman (Elliott Gould) and Lee Drexler (Peter Jacobson), in order to put his own father in prison 20 years earlier. But Ray’s demons come home when his father, Mickey (Jon Voight), gets out of prison five years earlier than expected and heads to Los Angeles to exact revenge upon those who destroyed his life. Voight radiates ferocious intensity here, rendering the surprisingly charming Mickey as a volatile presence in the Donovan clan; his every move is unpredictable and laced with danger. Loud, overbearing, and unseemly, he is the very personification of the human id in a mock turtleneck and gold chain.