Will Ferrell to Take "P.E." Class with HBO 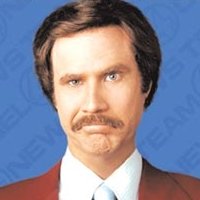 Looks like Will Ferrell's production company, Gary Sanchez Productions, is getting into the television business.

According to The Hollywood Reporter, Ferrell and business partner Adam McKay (Talladega Nights: The Legend of Ricky Bobby, Anchorman: The Legend of Ron Burgundy) have sold single-camera comedy project P.E. to HBO. The project revolves around a former major league baseball pitcher who returns to his Southern hometown to teach P.E. at his old middle school, where he is forced to repair the bridges he burned with his former neighbors.

P.E. was the subject of a bidding war among several broadcast and cable networks before setting in at the pay cabler in what is said to be one of HBO's "richest development deals."

The pilot will be written by troika Jody Hill, Ben Best, and Danny McBride, who previously wrote and starred in The Foot Fist Way, an indie kung fu comedy film that screened this past year at the Sundance Film Festival and which Ferrell and McKay acquired under their Gary Sanchez banner. (The company has a first look deal with arthouse Paramount Vantage.)

There's absolutely no indication that Ferrell would star in the comedy, should it be ordered to series, but a boy can dream, can't he?