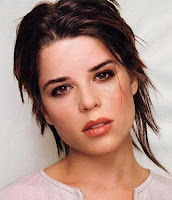 Welcome to your Wednesday morning television briefing. Let's get to the headlines, shall we?

Neve Campbell (Party of Five) will return to network television with NBC's midseason drama The Philanthropist, starring James Purefoy and Jesse Martin, about a renegade billionaire who uses his wealth to help people in need. The former Scream queen will play the wife of Teddy Rist's business partner and BFF Phillip (Martin), who runs the men's philanthropic organization and finds herself drawn to Rist (Purefoy). (Hollywood Reporter)

ABC released some new footage from the Season Five premiere of Lost. (Televisionary)

Samantha Who? (and former Ugly Betty) writer Marco Pennette has three projects in development, including ABC drama pilot The Romeos, about four men in the 1960s who eventually become the country's biggest pop stars, which he'll write and executive produce with Brad Meltzer and Steve Cohen (Jack and Bobby), and ABC comedy Straight Up and Dirty, based on Stephanie Klein's autobiographical book about recovering after a traumatic divorce. (Variety)

ABC has announced launch dates for its midseason dramas Cupid, Castle, and The Unusuals. (Televisionary)

Little Britain USA will return for a second season on HBO and BBC. (BBC Radio 1 Newsbeat)

Horror-themed reality competition series 13: Fear Is Real, from executive producers Sam Raimi and Jay Bienstock, will air Wednesdays at 8 pm on the CW, beginning January 7th. Fear will take over the timeslot from America's Next Top Model while it is between cycles. In other CW programming news, Gossip Girl and One Tree Hill will return with new episodes on January 5th and 90210 and Privileged will return on January 6th. And look for repeats of 90210 to take over Stylista's Wednesdays at 9 pm timeslot in January. (TV Week)

In other CW news, Season Two of dramedy Reaper will kick off on March 7th at 9 pm; the thirteen episodes filmed for the series' sophomore season will air uninterrupted this spring. (Entertainment Weekly's Ausiello Files)

CBS is launching thriller series Harper's Island on April 9th, where it will air on Thursdays at 10 pm following the run of current timeslot holder Eleventh Hour. Harper's Island will air its serialized story over the course of thirteen episodes... which will run until July 2nd. The Eye will also return crime drama Flashpoint to the schedule on January 9th and will air on Fridays at 9 pm. (Variety)

Craig T. Nelson (My Name is Earl) will appear in a three-episode story arc on CBS' CSI: NY, where he will play Manhattan publishing mogul Robert Parker, who happens to be a nemesis of Mac Taylor (Gary Sinise). (Hollywood Reporter)

Christine Ebersole will drop by ABC's Samantha Who?, where she'll play Amy, the "secret sister" of Samantha's mom Regina (Jean Smart)... who has used Sam's amnesia as a way to erase her sister from their family. She'll appear in the fourteenth episode of the current season. (TV Guide)

NBC will be airing two-hour editions of Celebrity Apprentice on Sunday nights beginning in February, with an announcement about the decision to come as early as this week. The decision would appear to be financial, as it would give the Peacock a way to cull some programming costs; NBC would then have five hours worth of unscripted series per week this spring with two-hour Biggest Loser: Couples on deck and Howie Do It to air on Fridays. “Donald has always felt the boardrooms were too short, and I think he’s right,” said executive producer Mark Burnett. “Right now, there’s really only about nine minutes of footage that we use and the boardroom (scenes) go on for hours sometimes. The problem has been trying to squeeze it all in. Every season we go through the struggle of cutting the show down." (TV Week)

Dick Clark Prods. is developing an unscripted series based on the popular "Chicken Soup for the Soul" franchise of books. (Hollywood Reporter)

VH1 has ordered eight episodes of unscripted series Tough Love, which follows a group of women, chosen to live together in a house and trained in the art of meeting Mr. Right via a "Tough Love Boot Camp." Project comes from Flower Films, High Noon Entertainment, and executive producers Nancy Juvoven and Drew Barrymore; Steve Ward will host the series. (Variety)

The CineManiac said…
Went to a book signing of Brad Meltzer's a couple of months ago and he spoke of meeting with the same executive he met with for Jack & Bobby and basically pitching him the same show with a band and 4 brothers in stead of 2 brothers and a president.
It's a pretty funny story and kind of true as they sound very similar.
12/03/2008

Anonymous said…
Ooh...Neve Campbell and James Purefoy in a show together? Sounds promising.
12/03/2008

Anonymous said…
I should be excited about Little Britain USA returning for a second season but, sadly, I was not that impressed with the first season (aside from the Mr. Doggy sketch that made me laugh hysterically for no apparent reason). The original Little Britain series is far funnier.
12/03/2008