Channel Surfing: Production on "Two and a Half Men" Shut Down as Sheen Enters Rehab, "Torchwood," David Anders Finds "Vampire Diaries," and More 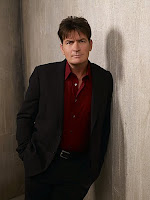 Production on CBS comedy Two and a Half Men has been temporarily shut down after series lead Charlie Sheen checked himself into a rehab clinic. His decision comes on the heels of some serious legal troubles for the star of the Warner Bros. Television-produced series after his arrest in December and a domestic violence charge against his wife Brooke Mueller. (Variety, New York Times)

CBS' Nina Tassler, Warner Bros. Television's Peter Roth, and executive producer Chuck Lorre issued the following joint statement: "CBS, Warner Bros. Television and Chuck Lorre support Charlie Sheen in his decision today to begin voluntary in-patient care at a treatment center. We wish him nothing but the best as he deals with this personal matter. Production on Two and a Half Men will be temporarily suspended." [Editor: it's a bit of an about-face for Lorre, who had cracked a joke at the TCA Winter Press Tour when asked about Sheen's problems.] (via press release)

The Wrap's Josef Adalian takes a look at what's next for Two and a Half Men with Sheen in rehab. He states that CBS is in good shape, with three eps in the can, and plenty of time to produce installments for May sweeps, should Sheen become available. If he's not, Adalian asserts that CBS could move on without Sheen. "There's a rich history of TV sitcoms moving on -- both short-term and long-term -- without their key stars." (The Wrap's TVMoJoe)

Looks like John Barrowman knows just as much about the future of Torchwood as we do. "I don't know if we're gonna be filming Torchwood," said Barrowman when asked whether his upcoming stint on ABC's Desperate Housewives would clash with duties on BBC drama Torchwood. "I haven't heard anything. I haven't heard anything about what you're talking about! I only know that I would - at the drop of a hat - love to do Torchwood again. I would love to do more than five episodes. But if we're only going to do five episodes, I'm happy with that... I have no information on the future of Torchwood - I'm like everybody else at the moment! But I would love to do another Torchwood." (Digital Spy)

Entertainment Weekly's Michael Ausiello is reporting that David Anders (24, Heroes) has been cast in a multiple-episode story arc on the CW's Vampire Diaries, where he will play Jonathan Gilbert, Elena and Jeremy's uncle who travels to Mystic Falls "to cause some trouble," according to Vampire Diaries insider. Anders' first appearance is set to air in April. (Entertainment Weekly's Ausiello Files)

ABC has given a pilot order to multi-camera comedy Southern Discomfort, about a father whose live is disrupted when his adult children move back in with him. Project, from Sony Pictures Television and Tantamount, is written by Chad Kultgen, who will executive produce with Rob Long, Eric Tannenbaum, and Kim Tannenbaum. Order comes after ABC shelved comedy pilot Women Are Crazy, Men Are Stupid. (Hollywood Reporter)

In Plain Sight writer David Graziano has signed an overall deal with 20th Century Fox Television, under the terms of which he will join the writing staff of FOX's Lie to Me, working under showrunner Shawn Ryan. (Ryan had requested that Graziano come aboard the series.) He'll also develop new series for the studio. (Variety)

Mark Burnett's aborted FOX game show Our Little Genius is now the subject of an FCC investigation, following a complaint by the parent of a contestant, who alleged that his son was coached by Mark Burnett Productions staffers. (Hollywood Reporter)

HBO has acquired US broadcast rights to paparazzi documentary Smash His Camera, from director Leon Gast, which will have a theatrical release and DVD after a four to six broadcast premiere window at the pay cabler. (Variety)

Canadian reality series Conviction Kitchen, which airs Stateside on Planet Green, has been renewed for a second season by Rogers Media, and will begin shooting a second season in September. (Hollywood Reporter)

Sony Pictures Television has commissioned a half-hour entertainment magazine entitled In the Qube for its Animax channel, which airs around the world in 60 countries. Series, produced by Embassy Row, will feature segments on films, video games, music, sports, and celebrities. (Variety)

Kimberly Williams Paisley (According to Jim), Matt Letscher (Brothers & Sisters), and Tammy Blanchard (Life with Judy Garland: Me and My Shadows) will star in Lifetime Movie Network original telepic Amish Grace, set to air March 28th on the cabler. (via press release)