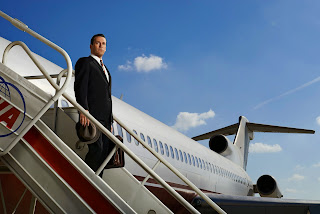 The mastermind behind AMC’s period drama tells BuzzFeed what to expect from the final go-around with the ad men and women before the April 13 premiere.

Over the course of its last six seasons, AMC’s period drama Mad Men has taken the audience into the inner lives of the damaged ad men and women who glide through the 1960s often on a volatile mix of booze, self-loathing, and bad behavior. In the hands of its creator, Matthew Weiner, the show has offered a window into the souls of these characters, offering up their flaws and their virtues, their successes and their losses.

With the show concluding next year, it does feel as if it’s the end of an era, both for its network AMC and for the television landscape as a whole, as well as Weiner, who will have spent 15 years of his life developing, writing, and bringing Mad Men to fruition. “I feel very lucky and I feel, at times, overwhelmed,” Weiner told BuzzFeed. “There’s so much work to do that it hasn’t really hit me, but I am overwhelmed by this sector of my life coming to a close. It’s pretty gigantic. I feel a lot of responsibility — no matter what the reaction is 24 hours afterward — that these 92 hours will fit together as a whole. It’s a big piece of work done by hundreds of people and I’m proud and surprised that I’ve gotten to this point. And also, I feel really lucky that I get to end it on my own, without having the plug suddenly pulled or something. What a luxury. I keep talking about what a responsibility it is, but it’s a luxury to be able to end the story how you want.”

As the Emmy Award-winning drama approaches its final season — with two seven-episode arcs set to air in April 2014 and April 2015 — Weiner spoke at length to BuzzFeed about Mad Men’s seventh season, wrapping up the show’s narrative, and what lies ahead for Don Draper (Jon Hamm), Peggy Olson (Elisabeth Moss), and the rest of Sterling Cooper & Partners. What follows is an edited transcript of the conversation.