Casting Couch: McDonald In, Dungey Out for "Private Practice" 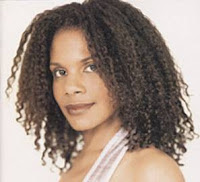 The recasting couch is getting a lot of usage this development season as the networks continue to retool newly ordered series before their fall launches.

McDonald will play Naomi Bennett, the female half of that couple, who have recently (and unknown to Addison) gotten divorced; her husband Sam will be played by Taye Diggs.

But didn't Alias' poor murdered Francie, Merrin Dungey, play Naomi in the two-hour Private Practice backdoor pilot ("The Other Side of This Life") that aired on Grey's Anatomy in June? You are correct, sirs and madams.

With no explanation from the studio or network (other than the usual retooling) McDonald will replace Dungey on the series. Poor Merrin can't seem to catch a break; on Alias, she was blabbing about opening a restaurant only to get killed off--and then brought back to play a character who looked like her old character--and now she's been recast after originating the character on-air.

In other recasting news, word on the street has Mae Whitman (Arrested Development) getting gutted from NBC's sci fi drama Bionic Woman; she played Jamie's deaf younger sister. It's thought that the part will be rewritten once again to restore the sister back to a hearing character (as in the first two drafts of the pilot script). No announcement yet on who will replace Whitman.

The CineManiac said…
I'll be sad to see both Dungey and Whitman replaced as I've loved Dungey since Alias and then again on Summerland. And Whitman was amazing on Arrested Development so that will be a sad loss as well.
7/01/2007

Dani In NC said…
Sorry to hear that Mae Whitman was replaced. I had little interest in the Bionic Woman remake until I heard that she was attached to the project. I enjoyed "State of Grace" and I am always pulling for child actors to make a smooth transition to an adult career.
7/01/2007

Anonymous said…
That's too bad about Merrin Dungey. I have no interest in Private Practice but I've been a big fan of Merrin's since her Alias days. Hopefully she'll pop up in something else soon.
7/01/2007

Anonymous said…
Damn, I hate Audra. One of the reasons I was excited about Private Practice in the first place was Merrin. Oh well.

this is the second bad recasting article in a row. Stop it, televisionary!! :)

A) I love Audra McDonald.

B) I love Taye Diggs

C) I can't, in a million years, ever see them as having ever been married. Not to mention that fact that they play a couple who are still close, and work together. I can tell you right now - there will be NO chemistry between them.

D) Merrin was just fine. No need to replace her.

But....just fine w/MW leaving Bionic. Not that I plan to watch Bionic, but having a hearing actress playing deaf rubbed me the wrong way, especially when there are good deaf actresses out there. I wouldn't mind having MW stay and play a hearing character, but...
7/05/2007