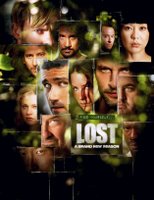 Looks like we have a return date for our trip to that creepy island, after all.

ABC has announced that drama Lost will return from its (soon-to-be excruciatingly painful) hiatus on February 7th, a week earlier than originally expected.

The series will wrap up the first half of its third season on November 8th (with a doozy of a cliffhanger, from what I hear) before disappearing for 13 weeks to make room for the Taye Diggs-led thriller Day Break. When Lost returns in February (mark your calendars now), it is expected to run through the rest of the season with brand-new episodes before wrapping up the season in May.

Meanwhile, in a surprise move, ABC has pulled the plug on Extreme Makeover's return to the airwaves after just one airing. (Yes, one airing!)

The plastic surgery makeover series returned to ABC's primetime lineup last Friday, replacing repeats of Grey's Anatomy, but the network announced today that it was shelving Extreme Makeover due to the low, low, low ratings that the single airing received. Instead, the net will bring back repeats of Grey's at 8 pm on Fridays. So, gals, you'll get your double dose of McDreamy, after all.

The news isn't at all bad as it at least makes me believe that American audiences have lost interest in watching plastic surgery procedures on television. Which, hello, shouldn't have been on in the first place, especially as part of a makeover show. (Shudder.)

In other scheduling news, ABC's legal drama Boston Legal will return to its original timeslot of Sundays at 10 pm for one week, airing the first installment of a two-part episode on November 26th, filling in for freshman drama Brothers & Sisters that night. The second half of the episode will air in Boston Legal's current timeslot of Tuesdays at 10 pm.

No need to adjust your TiVos for any of the above... that's what they're there for.

Anonymous said…
unless your tivo is like mine and decides to completely erase the GG episode you were halfway through.

I am going to murder my new dvr.