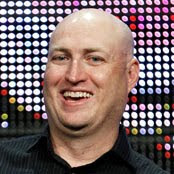 Before I post my (glowing) review of FX's new drama series Terriers, starring Donal Logue and Michael Raymond-James, I thought I'd plug my latest feature over at The Daily Beast.

Head over to The Daily Beast to read "The Shield Creator Shawn Ryan's New Show, Terriers," in which I talk to Shawn Ryan about Terriers--created by Ted Griffin--and Ryan's upcoming FOX midseason drama Ride-Along (one of the very best of the season) and discuss the thematic links with The Shield, which transformed FX into a major player in the original programming game and transformed cable as a result.

Be sure to head to the comments section to discuss the legacy of The Shield and whether you'll be tuning in to Terriers tonight. (You really should be: it's hands-down one of the best new shows of the year.)