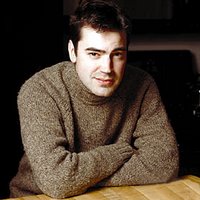 Following FOX's announcement that it had ordered pilots Vanished and 'Til Death (which I reported here), the network has again today announced that it has greenlit drama pilots Primary and American Crime, according to Variety.

Primary, from 20th Century Fox TV, is being described as "a 'Mr. & Mrs. Smith'-type hour about hostage negotiators." The drama, which stars Ron Livingston (Sex and the City), Gina Torres (Firefly, Alias, Angel) and Rosemarie DeWitt (Rescue Me), had already received word to begin staffing and building sets last week. Primary's executive producers are Craig Silverstein, who wrote the pilot, and Tim Story, who directed.

According to Variety, network insiders say that Fox will most likely order another two dramas, and may even order one for the fall while holding another for a midseason launch. Among the contenders for those slots are Southern Comfort, a crime drama that stars Madeleine Stowe(Saving Milly), Lee Tergesen (Desperate Housewives, Oz, Wanted), Travis Fimmel (Tarzan), and Eric Roberts (Less Than Perfect); Damages, a Chicago-based legal drama about the challenges lawyers face in their personal and professional lives; and Beyond, a drama set at NASA's jet-propulsion laboratory, that was initially seen as flotsam but whose chances have improved dramatically. (Not far off from my own insider predictions from a few weeks back.)

Not such good news however for the producers of the WB comedy series Reba, who received word that the new CW network would not be ordering another season of the Reba McEntire-led sitcom, despite the fact that studio 20th Century Fox TV already had a deal in place with the WB for another season of the show.