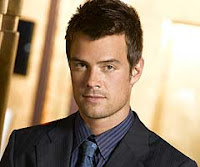 Lady Luck is on their side.

NBC has ordered a fifth season of veteran drama series Las Vegas, picking up the series for 2007-08.

The early renewal comes as a bit of a surprise as the Peacock had previously reduced the episode count of this season of Las Vegas to 17 episodes, rather than the traditional 22.

With the news of an early renewal, Las Vegas joins fellow NBC series Heroes, The Office, My Name is Earl, and Law & Order: Special Victims Unit, which have all received full season renewals for 2007-08.