The World is Not Enough: Two Realities at Play in Season Two of "Fringe" 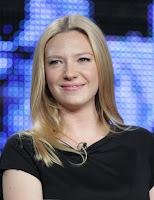 Fringe fans worried about keeping track of an infinite number of realities next season have a much easier job ahead of them, according to the series' executive producers.

Executive producer Jeff Pinkner promised that, despite the reveal of an alternate reality, the action next season will be limited to just the main reality depicted in the first season and that single alternate reality glimpsed by Olivia Dunham (Anna Torv) in the season finale.

"We have decided that, though science acknowledges a multiverse, we are only going to deal with two," said Pinkner speaking at the Television Critics Association Summer Press Tour in Pasadena. "[Season Two] takes place predominantly over here, but what takes place over there has great impact on what's going on over here."

Repeating a fact revealed at Fringe's panel at San Diego Comic-Con last month, co-creator/executive producer Alex Kurtzman said that the series' producers intended not to reveal parallel universe until the end of Season Three but opted to play that card earlier on than they had anticipated in order to ramp up the story and present themselves with some challenges to overcome.

One of those challenges is to toe the line between procedural drama and deep mythology. "There was certainly a point on Alias where the mythology overtook the story," admitted Pinkner. "We're trying very hard not to do that on Fringe."

"We are still learning," said Pinkner. "Don't know that there's anything we want to stay away from. As we went on, got a better grasp of characters and the storytelling."

"Josh and I spend a lot of time in private time together, " said Noble, who said that they enjoy exploring the complexities of father/son and are "mates." "John is an endlessly inventive actor," said Jackson about his costar.

Asked how he understands the complex science of the series, Jackson joked, "I’m finishing off my advance chemistry degree from DeVries." He said that the real test of whether he can accept the more out-there elements of the series, was "Can I say that with a straight face? It’s the BS test. I don’t think it defies public consciousness to discuss alternate realities."

"It's not easy or even possible for him to communicate at a more mundane level..." said Noble about Walter. Look for things to get much worse in Season Two for Walter as certain truths rear their ugly heads.

And then there are the obvious similarities between Fringe and another certain supernatural FOX series...

"I loved The X-Files and I would watch that under water, six feet under with my dying breath,” said Jackson. When a critic then called him on the comparison to X-Files, Jackson shrugged. "Oops," he said.

Leonard Nimoy has already shot one episode for the second season of Fringe and will appear in "several more" installments. As for how often we can see Nimoy's William Bell in the second season, executive producer J.H. Wyman said, "He will appear on the show as much as he wants to."

Is there any chance of Olivia and Peter getting together?

"I think we’ve always said if the emotion is true, then we are open to anything," said a noncommittal Pinkner. "We know that the audience is savvy enough that they won’t like anything that we tell them to like."

Pinkner said the writers had discussed a storyline for Season One with Olivia becoming addicted to her past with her dead lover... but they wanted her character to move forward instead of being stuck in reverse. Still, it's possible that part or parcel of that idea could turn up at one point.

"Memory is a crazy thing," said Noble about Olivia's travel into her memories last season.

"First and foremost, [Fringe] should make you feel something and there should be a balance between good and bad," said Pinkner.

And to that end, the Season Two premiere will break your heart, promised producers and Jackson. According to Jackson, the end of that season premiere episode should "shock you into paying attention."

Just what could that mean? Find out this fall...

Season Two of Fringe kicks off this fall on FOX.

Page48 said…
Pinkner should be more concerned that "Fringe" doesn't hold a candle to "Alias", rather than worrying that it might get similarly wrapped up in mythology.
8/07/2009

Tempest said…
Personally, I didn't mind the mythology in "Alias." What bothered me was the fact that the writers didn't seem to have a clear sense of the mythology.
8/07/2009

Lee said…
"There was certainly a point on Alias where the mythology overtook the story," admitted Pinkner. "We're trying very hard not to do that on Fringe."