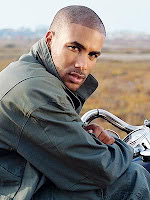 Another cast member has been secured for J.J. Abram's NBC espionage drama pilot Undercovers. Boris Kodjoe (Surrogates, Soul Food) has been cast as the male lead, Steven Bloom. Steven and his wife Samantha (as yet uncast) work together as spies. Abrams, who co-wrote the pilot script with Josh Reims, may still come aboard the project as the pilot's director. (Hollywood Reporter)

SPOILER! TV Guide Magazine's Will Keck has the scoop on the departure of one of the cast members from HBO's drama series Big Love, which returns with its fourth season on January 10th. [Editor: I am not even going to put the name of the actor here as the article is extremely spoilery (though has at least one piece of misinformation), so read at your own risk.] (TV Guide Magazine)

Showtime is developing a series adaptation of feature film Sunshine Cleaning, about a pair of sisters who work as crime scene cleaners. The pay cabler has hired the film's writer, Megan Holley, to adapt it as a drama series and is developing the project in-house. (Variety)

E! Online's Kristin Dos Santos has an interview with Dexter star Julie Benz, in which the duo discuss the shocking events of this past week's Dexter season finale. (E! Online's Watch with Kristin)

FOX has bumped up the return of House, originally set for January 25th, to January 11th, in order to compete with the second half of NBC's Chuck third season premiere, according to Broadcasting & Cable's Melissa Grego. House will then break for a week to accommodate the second part of 24's Day Eight launch before returning with new episodes on January 25th. (Broadcasting & Cable)

James Nesbitt (Occupation), Minnie Driver (The Riches), and Goran Visnjic (ER) have been cast in five-part thriller The Deep, which will air on BBC One in 2010. Project, written by Simon Donald and directed by Jim O'Hanlon and Colm McCarthy, "the crew of an oceanographic submarine as they search the final frontiers of Earth for unknown and remarkable life forms" beneath the Arctic ice. (BBC)

TLC has ordered a third season of reality series Toddlers and Tiaras, which it will launch on January 20th. (Futon Critic)

Cartoon Network has a live-action comedy project in development from writers Greg Coolidge and Kirk Ward. The untitled action-comedy, which is being developed as a two-hour backdoor pilot, revolves around a teenager who "gets more than he bargained for when his family sponsors a Japanese exchange student on a secret mission far greater than just surviving high school." (Hollywood Reporter)

A. Smith and Co. cable spinoff A. Smith and Co. Properties has a number of projects in the works, including Travel Channel's The Streets of America: The Search for America's Worst Driver and Discovery's Ultimate Car Build Off, as well as current properties such as Spike's UFC Countdown, TV One's Unsung, and TruTV's Full Throttle and Conspiracy Theory With Jesse Ventura. (Variety)