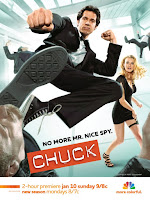 If you're a Chuck-obsessive like me, you've been eagerly awaiting any new photography or key art from Season Three of the action-comedy, which launches next month.

The wait is over. NBC today released the first piece of Season Three Chuck key art, depicting a butt-kicking Chuck that's clearly in line with the revelation about the new Intersect 2.0-derived abilities that he gained in the second season finale.

More information about those abilities and the third season of Chuck can be found here, in my write up of the recent press call interview with creators Josh Schwartz and Chris Fedak and series lead Zachary Levi.

A larger version of the key art can be found below, along with two Chuck videos. 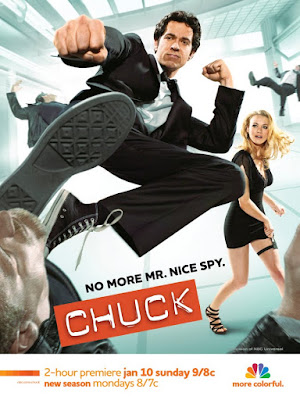