The Daily Beast: "Charlie Sheen, Two and a Half Men, and the Hollywood Machine" 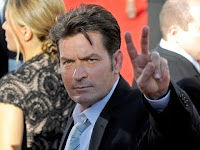 Yes, Charlie Sheen, the troubled star of CBS’ Two and a Half Men, has finally entered rehab, amid a production shutdown on his CBS sitcom, produced by Warner Bros. Television.

Over at The Daily Beast, you can read my latest feature, entitled, "Charlie Sheen, Two and a Half Men, and the Hollywood Machine," in which I talk to television industry insiders--from writer/producers to household name showrunners--about why the hell it took so long for Sheen to go into rehab.

And I look at the self-perpetuating system that enables stars like Sheen to indulge in such bad behavior as showrunners and producers--speaking on condition of anonymity--discuss their own culpability in the issue.

wendy said…
Tragic all around. Everyone has lost their souls - how one could feel good about being involved with a project that is so rotten and where a central figure is disintegrating is beyond me. Money truly corrupts. Only thing is - remember Robert Downey. He was once in the same place and *seems* to have turned the corner.
1/29/2011

Anonymous said…
I know this will seem wildly inappropriate, but why not cover this very subject on the show? I imagine the number of people who have had to go through rehab and their family members would possibly find the (albeit dark) humor in the situation helped them get through it. It is not out of the realm of possibility that the character "Charlie" may have to go to rehab. I realize that the show is not groundbreaking (as All in the Family was, for example) but I think there is a possibility for at least "Charlie Harper" to have a good rehab outcome, and for a good series "arc" to take place around his absence, and therefore the many people who work on the show would continue to be employed.

Gosh I didn't mean to go on, but I have been thinking about this since first reading this article the other day.